Criminal
Member of the Crime Syndicate

Grid was an artificial intelligence and a villain in DC Comics. Its body was created from the cybernetic components of Victor Stone aka Cyborg. After the events of Trinity War, it gained sentience and separated from Cyborg, joining forces with the Crime Syndicate of America.

Grid was created from the artificial intelligence taken from Darkseid's Motherbox. At some point, Atomica joined the Justice League and became acquainted with the artificial intelligence inside Cyborg's enhancements. Anticipating the arrival of the Crime Syndicate, it decided that by allying with them, it would be able to preserve itself. Grid then tore its cybernetic components from Victor and formed an all-mechanical body, stating that Victor's humanity was a weakness it was disposing of.

As a member of the Crime Syndicate, Grid aids them by shutting down every single electronic device on Earth. This allows the Syndicate to target the superhumans without worrying about interference from technology-dependent figures such as Batman and Lex Luthor. Additionally, Grid provides the Syndicate with communications and surveillance.

As time goes on, Grid begins to wonder what it must be like to be human and have feelings. It analyses the members of the Crime Syndicate in order to rationalize their methods. Upon finding no information on Superwoman, it ponders on how if it could feel emotions, it would feel suspicious.

Upon discovering that his human host had survived and received an upgrade, Grid confronts the new Cyborg and traps him in cyberspace. Grid tries to erase Victor's humanity by telling him that he belongs in this world, but has the tables turned on him as Victor embraces the fact that although he'll never be completely human, he'll always be in charge. Victor then traps Grid in cyberspace and Grid then feels his first real emotion: fear. 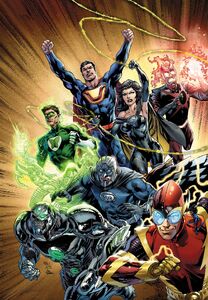 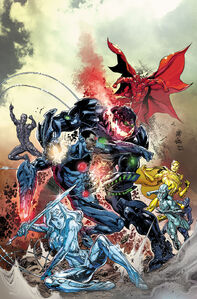 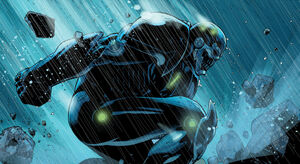 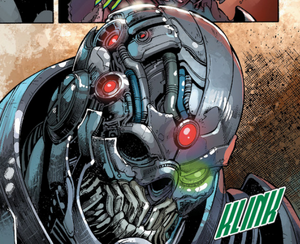 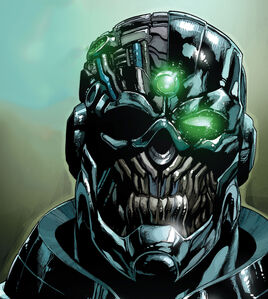 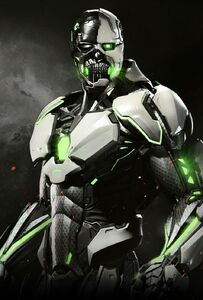 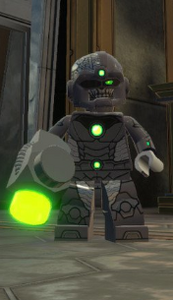