Griffin was originally Johnny Horton, a small-time criminal who was captured by agents of a secret organization called the Secret Empire and was surgically and genetically transformed into a monstrous beast bearing a similar resemblance to the griffin of mythology. At first, he retained his human intelligence, following orders to attack the X-Men. In prison, he mutated further, giving him a tail and enchanced strength. He broke free and hunted down the surgeon who had changed him. After the surgeon was rescued from him by Spider-Man, Griffin battled Spidey and Beast of the X-Men.

Griffin later found out that his powers mutated whenever he strained himself to the upper limits, and thus he sought to fight the strongest foes he could, including the Avengers. Further mutations caused him to lose his intelligence, giving him the mind of a savage animal.

Eliot Franklin was born in Orlando, Florida, the son of a man named Corky. When he began his criminal career, he joined the Ringmaster's Circus of Crime, working as a circus clown, comedian, juggler, and unicyclist.

When the Circus of Crime acted independently of the Ringmaster, the Clown often served as the leader. For a time he broke from the Circus, setting himself up as a professional hitman, and clashing with Deathlok when he tried to kill his former friend the Ringmaster (who had reinvented himself as a political candidate).

Griffin posseses vast superhuman strength and durability, and his eagle-like wings give him flight at great speeds. He also has powerful claws and fangs, as well as a spiked tail. 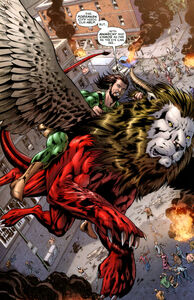 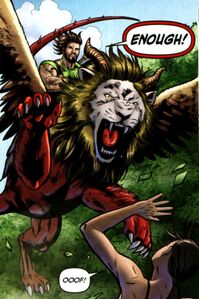 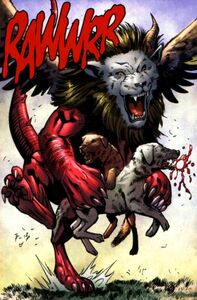 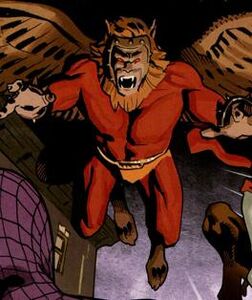 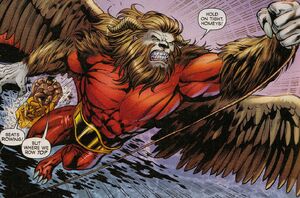 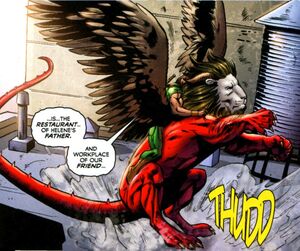 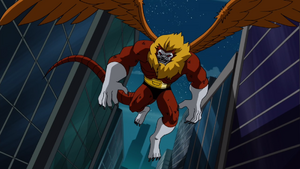