Build and rule his own kingdom (within his grasp; ongoing).

Sacrifice his army so he can gain godlike powers.
Rape Casca out of spite for Guts leaving him (both succeeded).

Griffith is the main antagonist of the manga series Berserk, and its anime adaptations. He is the founder and leader of the mercenary army known as the Band of the Hawk. As a mercenary, Griffith fought in the Hundred Year War and restored peace to the wartorn kingdom of Midland and was once a close friend and ally of Guts. After being tortured, however, he used the eclipse to sacrifice his entire army and later was reborn as Femto, the fifth, newest and final member of the God Hand. He is the arch-nemesis of Guts and Casca.

In the Japanese version, he was voiced by Toshiyuki Morikawa and Takahiro Sakurai as an adult, and Minami Takayama and Junko Takeuchi as a child, the former whom had also voiced Naraku, Yoshikage Kira, Lord Boros, Mard Geer Tartaros and Sephiroth. In the English version, he was voiced by Kevin T. Collins and Steve Staley as an adult, and Veronica Taylor and Barbara Goodson as a child.

Extraordinarily charismatic and handsome, his tactical skill gave him and his army the reputation of invincibility, and the favor of the King of Midland, who was locked in a century-old war with the Empire of Tudor. Due to his many important victories in this war, he is made Lord Protector of Midland by the king, despite his common ancestry.

Griffith was willing to sacrifice everything for the dream of his own kingdom, believing that he is destined for things greater than the average man.

Griffith is a very handsome man, with flowing white hair and beautiful blue eyes. Many more masculine men often remark on his beauty and how he looks like he stepped from a painting. Some go so far as to lust over him, including a man who he later faces as an enemy, however, some people had resisted his charms such as Rickert, the former member of the Band of the Hawk, whom he slapped Griffith on the face and walked away.

Griffith was once a fair, honorable and straightforward man. However, as a mercenary, he is also extremely opportunistic, ambitious and power-hungry. Still, when not on the job, he does have a less serious, more playful and joking side. This side of him is usually reserved for Casca or Guts, especially the latter. However, Griffith is also quite psychopathic, manipulative and obsessive to the point that he was willing to strike Guts down than to let him go when the larger man muses about leaving. After being reborn as Femto, all traces of his morality, emotions, and conscience have been completely erased. Griffith has now become an extremely narcissistic, callous, pitiless, remorseless, uncaring and sadistic monster, as he sees Guts and the Hawks as nothing but tools and he discards them like garbage when they are no longer useful. He even went so far as to rape Casca purely out of revenge and did not show remorse or feeling ever since. 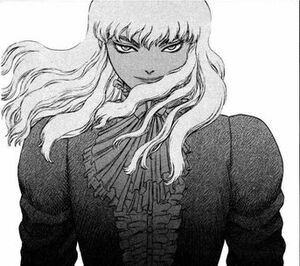 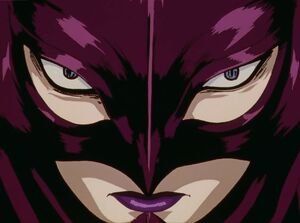 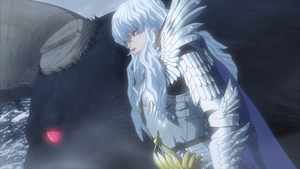 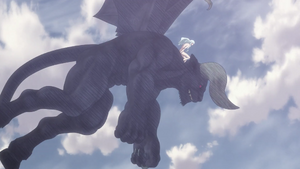 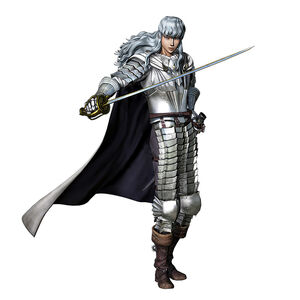 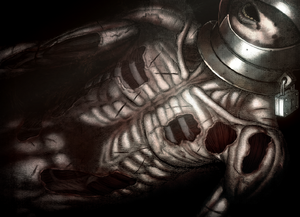 Griffith after his torture. 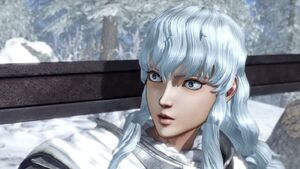 Griffith losing to Guts in their duel. 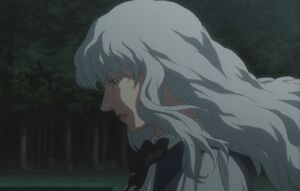 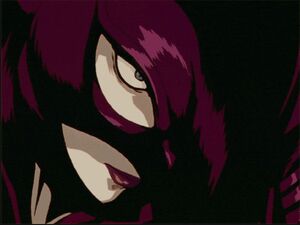 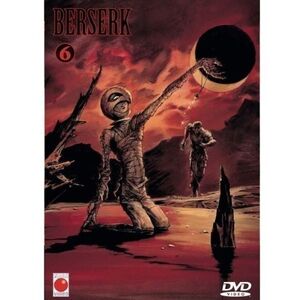 Griffith during The Eclipse. 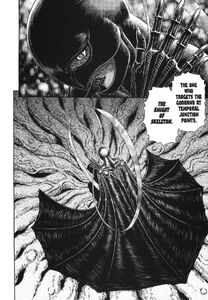 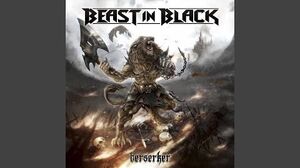 The Fifth Angel
Add a photo to this gallery

Retrieved from "https://villains.fandom.com/wiki/Griffith?oldid=4300882"
Community content is available under CC-BY-SA unless otherwise noted.