Dance with its underlings.

The Grim Reaper (unofficial) (also known as Death) is the overarching antagonist of the 1929 Mickey Mouse Silly Symphonies short The Haunted House. It is the leader of the skeletons.

He was voiced by the late entrepreneur Walt Disney.

The short features Mickey Mouse wandering into a haunted house, where he is confronted and scared by skeletons. Eventually, he is cornered by the Grim Reaper, who orders him to play the piano to entertain it and it's underlings. Mickey initially refuses claiming he cannot play, but the Grim Reaper begins getting hostile and more intimidating, eventually causing Mickey to cave and begin to play the piano. After a few disjointed notes, the Reaper grabs his arms and forces them up and down to a rhythm, showing him what tune to play.

The Grim Reaper is very aggressive and demanding, and forces captured visitors to the haunted house to be used for the entertainment of it and its skeleton minions. When it is given the chance, it embraces the playful but mischievous nature of its underlings by joining in dances and celebrations. 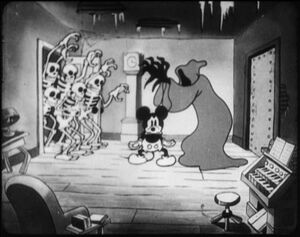 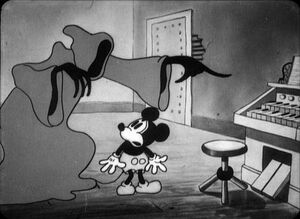 The Grim Reaper commanding Mickey to play the piano. 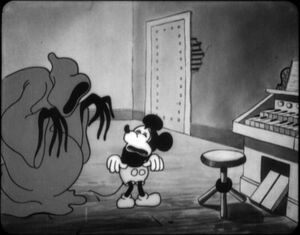 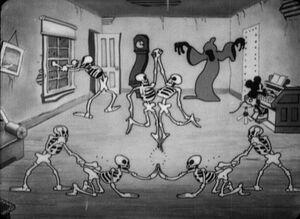 The Grim Reaper dancing with its skeleton minions. 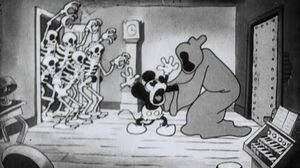