Umbrawkinesis
Ability to travel through time
Control over the Risen

Spreading death and destruction wherever he goes.

Plunge the present and future into darkness.

Persuade Robin to join his side or kill him if the latter refuses to join him (all failed).

Grima is the main antagonist of the 2012 videogame Fire Emblem Awakening. He is the powerful fell dragon that killed Lucina's family and laid waste to the world in the future she lived in, prompting her to travel to the present in order to prevent his return.

Within the Thabes Labyrinth in Fire Emblem Echoes: Shadows of Valentia, it is revealed that Grima and the Risen were the creations of a ruthless Thabean alchemist named Forneus, who sought to create the "perfect life" by using the blood of a Divine Dragon and discovered how to raise the dead as perfectly obedient soldiers using insects called Thanatophages. Soon after Grima was created and further strengthened with Forneus' own blood, he began hearing Grima's voice in his head, implying that he might have been the first to be possessed by Grima, as well as the ancestor to the Avatar. Additionally, the presence of a version of Grima is hidden in the depths of Thabes Labyrinth, which may be an early prototype of the creature, or Grima himself in a weakened form who was defeated by Alm and his comrades.

If the creature is defeated, it is told that the malevolent presence that filled the place with a sense of dread never faded, implying Grima's spirit lives on... Apparently, around 1,000 years in the past, Grima made a blood pact with a man in which the man would surrender his body to Grima, but gain some of the dragon's power. Grima then tried to take over Ylisse, but was stopped by a Nameless Hero with a pact with Naga. In the time that would follow, the man's descendants spent their time trying to breed a child which would be able to act as Grima's vessel, eventually leading to Validar, and Robin.

In the Future timeline, Grima succeeded in possessing Robin, and conquered the continent of Ylisse. However Lucina got away, and time-traveled to the past.

To follow Lucina, Grima time-traveled into the present in order to keep Lucina from preventing the ritual that would already awaken the Grima of the past. It was shown that he revived with Validar. When he first interacted with Chrom and Avatar, he appeared in the body of the Robin of the future. Later on, after Validar's defeat, the fell dragon was awakened and Grima began to stir in chaos. After the final battle, if Chrom delivers the final blow, he fall back into another thousand year slumber; but if the Avatar delivers the final blow, Grima would be killed and his threat lifted forever, presumably at the cost of the Avatar's life. However, due to the strong bonds the Avatar forged on their journey, they were able to return and reunite with their friends following Grima's destruction.

What is shown of Grima's personality indicates he has a strong dislike of humans, and likes to see them suffer. This is expanded apon when the Grima possessed Hierophant states he hates humanity for their hypocrisy, explaining how humans beg the gods for help, but shun them when the request is answered. He also claims humanity is arrogant and unable to learn from their mistakes, while any form of kindness is merely for self-indulgence and selfishness, and states that his own repulsive form is a reflection on humanity's own ugliness, where humanity itself desires Grima to be evil. To this end, he can be very manipulative of others from steering history to it's favor to exploiting Robin's children's feelings through the theft of their parent's body.

Grima is also shown to be very calm, firmly believing that the future is set in stone, as even though Validar was defeated and Robin did not succumb to Grima's will at the Dragon's Table, the future Grima only showed slight disappointment in Robin, before taking the avatar's place to revive the current Grima. Such overconfidence extends to his skill, believing to be simply impossible for the Robin to regain control of their body (while not taking their friends as a way to overcome his will as proof they can) Truly, the only time that Grima showed suprise and fear when speaking through his human host was when the Robin began to destroy Grima themselves, which would lead to them both dying.

However, when briefly conversing with Lucina in his original draconic form during one of her flashbacks, he seems to speak in a far more brash and aggressive way that sounds like he's yelling at her. Though it is possible that he was simply reveling in his victory, this apparent tone shift is most likely just his natural way of speaking due to his massive size, or both.

In combat, Grima fights with a clone of Robin himself. He uses his counterpart's spells and moves to attack. Grima has 80 hit points, 25 speed, 35 strength, 25 luck, 25 magic, 35 defense, 30 skill, and 30 resistance. If Chrom strikes the final blow, Grima is sealed off, resulting in the bad ending where Robin states his regret about how he could not stop the dragon permanently. If Robin strikes the final blow, Grima implodes and dies. Robin also dies, but is revived by the friendships he had made. 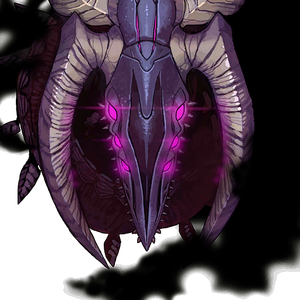 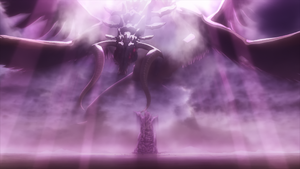 Retrieved from "https://villains.fandom.com/wiki/Grima?oldid=4133509"
Community content is available under CC-BY-SA unless otherwise noted.