Master of the Virtual World

Grimlord is the alter ego of billionaire Karl Ziktor, owner of Ziktor Industries, and the main antagonist in VR Troopers.

He was portrayed by the late Gardner Baldwin.

Grimlord is based on God Neros.

Many years ago, Grimlord was responsible for the capture of scientist Tyler Steele, and the near death of Professor Horatio Hart, which forced Hart to remain in virtual reality to stay alive. During the same measures taken above, Grimlord also accessed a source of Steele's and Hart's experiments in Inter-reality travel, and gained incredible powers that were required to access cyberspace.

Upon arriving in Virtual Reality, Grimlord assembled a fierce army of mutants and cyborgs and commanded them from a place of authority. In the first season, it was the Virtual Dungeon. In the second season, it was the Virtual Dark Fortress. He also appointed several mutants and cyborgs as authority figures themselves including General Ivar and Colonel Icebot. In perhaps the greatest irony, Grimlord transformed Tyler into Dark Heart. Yet Dark Heart turned traitorous after Ryan freed him from execution. When Ryan and Dark Heart confronted Grimlord, he ended up escaping after he set the Virtual Dungeon to self-destruct. When Dark Heart regressed back to Tyler, Grimlord abducted Tyler with his power as he still needed him for his next plan.

Like the Troopers, Grimlord had a civilian identity and could travel between both realities on a regular basis. Ziktor used a transference orb that was placed on the desk of his office and chanted: "Forces of Darkness, empower me! Take me back to my virtual reality!" The orb sent a current of energy into his body, and changed Ziktor's physical appearance. Upon transformation, Grimlord was taken to the throne room of his command center.

Like most heartless and cruel supervillains, Grimlord cared very little for his army and henchmen, and generally lost patience with them quite easily when they reported a complication or a failure. His constant defeats by the Troopers caused a frequent irradiation in enraged eyes and a clenched fist at the conclusion of every episode. Grimlord was not above destroying his own base to kill the Troopers, as displayed three times in the series (twice with the Dungeon, and once with a cave that he temporarily used after the former's final destruction). In the second season, Grimlord attempted to trap Ryan in another dimension just to prevent the Troopers from learning his name in reality. In fact, no one (not even the Troopers or Professor Hart) knew that Grimlord and Karl Ziktor were one and the same.

In the second season, Grimlord underwent a drastic change in appearance and format after he self-destructed the Virtual Dungeon for a second time. With barely any footage of his counterpart that existed for use anymore, Saban upgraded Grimlord into an American exclusive character and base of operations. After he siphoned off Tyler's knowledge of Virtual Reality into an energy prism (which resembled a green crystal), Ziktor discarded his traditional orb, and used that prism to access a whole new army of Virtual creations and a new base of operations that was called the Virtual Dark Fortress. Grimlord had a new appearance that slightly resembled his old appearance with a cape and that form also included a long tail. He was no longer confined to sitting on a throne, and also had the ability to teleport to different places at will. His counterparts from Choujinki Metalder were Gozou Kirihara and Emperor GodNeros. 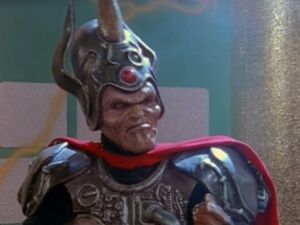 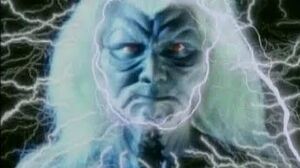 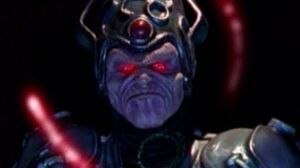 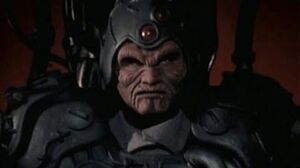 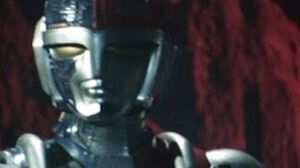