Grimm Jim is the main antagonist of the 2013 Zeno Mountain Farm film Bulletproof. He is a menacing gang leader who terrorizes the town of Cole Junction and Bulletproof Jackson's arch-nemesis.

He was portrayed by Zack Gottsagen.

A group of settlers arrive in Coal Junction for a better life. Suddenly, Grimm Jim, leader of the dreaded Reaper Gang, arrives and takes over the neighborhood. In the process, he kills the owner of the town saloon, who is also Judy the barmaid's husband. Because of that, Grimm holds the saloon and Coal Junction under his thumb.

When Earl Jackson, a traveling magician, arrives and unexpectedly becomes Bulletproof Jackson after defeating Grimm's henchmen, Grimm has a score to settle with him. The two of them play cards for the saloon, and Bulletproof wins. In a fit of rage, Grimm shoots poor old drunk George and kidnaps Bulletproof's girlfriend Ashley.

Bulletproof, realizing that he has to face reality, challenges the powerful villain to a showdown. The two of them face each other and fire their pistols. Whereas Grimm's bullet penetrates Bulletproof's hat, Bulletproof shoots him in the forehead, killing him.

With Grimm defeated, Bulletproof is hailed a hero and Ashley returns to him.

Grimm was an ominous, violent, greedy man bent on obtaining power by any means necessary. Distinguished by his immense pride, hubris and disregard for human life, he presented himself as nothing more than a force of raw, pure evil. Grimm even presented himself a sadist, laughing with pleasure after killing Judy Muskrat's husband, and a sore loser, especially when he flew into a rage after Bulletproof beat him in their poker match. 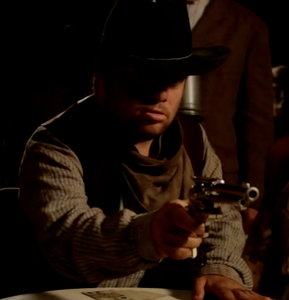 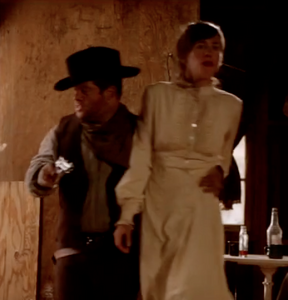 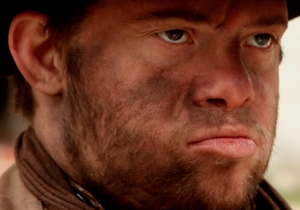 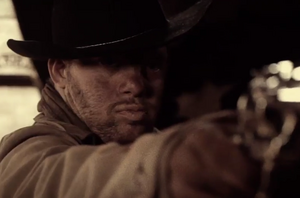 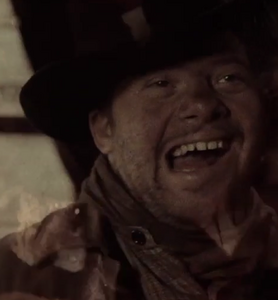 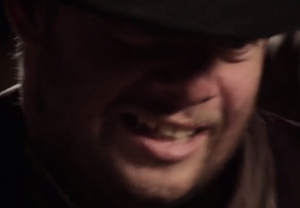 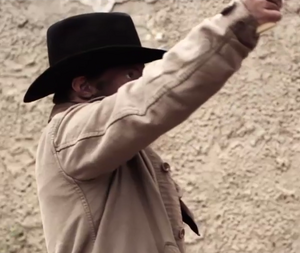 Grimm's defeat
Add a photo to this gallery

Retrieved from "https://villains.fandom.com/wiki/Grimm_Jim?oldid=3747528"
Community content is available under CC-BY-SA unless otherwise noted.