Evil Wizards
Grimoire Heart was one of the top three Dark Guilds that the Balam Alliance is comprised of, as well as the one commonly considered the strongest Dark Guild. They serve as the main antagonists of the Tenrou Island Arc of Fairy Tail.

The guild owes its name to the Devil's Heart, an organic device which is the source of Guild Master, Hades' immense power, kept inside the guild's airship. When Grimiore Heart first rumored to have any stable location.

Grimoire Heart was founded by Hades, real name Precht), who was originally the second Guild Master of Fairy Tail and was appointed to such a high position by the guild's founder, Mavis Vermillion. He eventually resigned from the position of guild master and made Makarov Dreyer the new leader of Fairy Tail so he could go on an adventure in X736. During his journey, he traced the origins of magic itself back to Zeref Dragneel and refered to it as the "essence of magic".

It's assumed he became corrupted by such power and eventually turned evil and formed Grimoire Heart with the purpose of bringing the Ultimate Magic World into existence. He would go on to travel the world and recruit many powerful mages and wizards to his dark guild such as Ultear Milkovich and organized his seventh strongest warriors into an elite team known as the Seven Kin of Purgatory.

By X784, Grimoire Heart rose to become a powerful dark guild and traveled to Tenrou Island with the sole purpose of defeating Fairy Tail and bring about their desired world. In the ensuing Guild War, Fairy Tail was able to emerge victorious and Grimoire Hear was defeated with many of its strongest warriors having been killed in the ensuing battle. The guild was disbanded, but some remnants continued into X791.

As part of the Balam Alliance and one of the core three that make up the alliance, Grimoire Heart was one of the three most powerful dark guilds in all of Earth Land. The guild had many core members from seven core elite warriors of the seven kin to many other low-ranking members that served Hades. During the battle on Tenrou Island, many of Grimoire Heart's members were powerful enough to defeat Fairy Tail's mages in one on one engagements, including their more powerful members.  The Seven Kin of Purgatory alone were some of the best warriors in the guild and proved to be very powerful dark mages and challenges for Fairy Tail's mages such as Erza Scarlet and Gray Fullbuster. Azuma was challenging for Natsu and many of Fairy Tail's mages were defeated, but none were killed while Grimoire Hear saw many of its warriors killed in the Fairy Tail-Grimoire Heart Guild War. The war took a significant toll on the guild and it was disbanded not long after the war, though Rustyrose and many low-ranking members survived and there were active remnants well into X791, the same year Fairy Tail and Tartaros went to war. 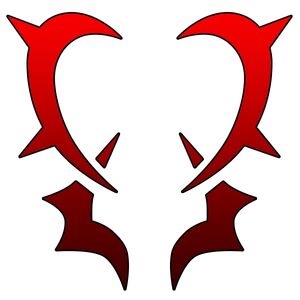 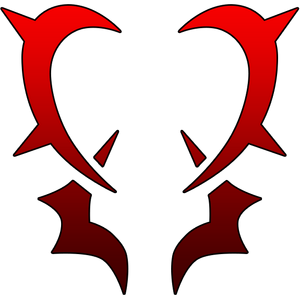 Emblem of the Grimoire Heart guild 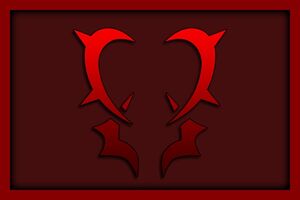 The guild is the main puppeteer behind some events of the manga.

At the same time, some former members of the guild also helped to make a significant contribution to saving the situation when everything seemed lost.