Take over the entire Origin System.
Cure themselves of their genetic defectiveness.

The Grineer are a major antagonistic faction in the MMO third person shooter Warframe.

Once a race of clones grown to serve as slave workers for the Orokin Empire, the Grineer broke free of their shackles in a brutal uprising after the Orokin fell. United under and fanatically loyal to the Grineer Queens, the Grineer became ruthless conquerors just as cruel and oppressive as those that enslaved them and set their sights on conquering the entire Origin System.

Grineer are products of a aforementioned Orokin technology. Once being workers/slaves to the Orokin Empire. At some point before the events of Warframe, The Grineer were once slaves and workers. However, following the Tenno's betrayal, they took advantage of the chaos and started revolts, stealing Orokin Ships and cloning technologies that has created them. Two Orokin twins has used this as an opportunity to incite revenge and has begun producing armies of Grineer loyal to their cause which eventually becoming their sole rulers as the Grineer Queens.

The Grineer's Military organization primarily consist of clones of that of a man. They are created in large quantities along with their weaponry and equipment. They are all genetically defective as they are stunted to ensure obedience to their creators. However their lifespan is only a fraction of that of normal and have various degenerative disorders as they would suffer skin decay, decaying limbs and reduction of intelligence. They compensate these issues by using crude cybernetics and prosthetic augmentations. This was due to centuries of exploitation of genetic templates that has eventually decayed due to the aging and obsolete cloning technologies used to birth each new generation of Grineer soldiers.

Grineer have a dual classification system. Typically by armor type such as light, medium or heavy. Each presents various different roles for specific combat tasks.

The Grineer military forces are divided into specialized corps trained to operate in specific field of operations and environments, and tend to wear camouflaged outfits and armor designed to blend with the said environment they operate in. 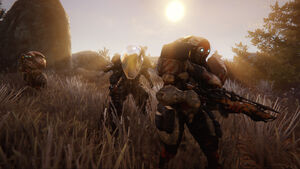 Grineer Tusk lancers and a Nox in Plains of Eidolon, Earth. 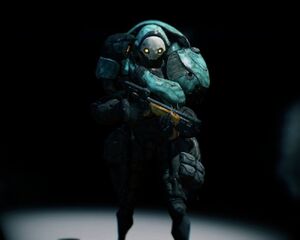 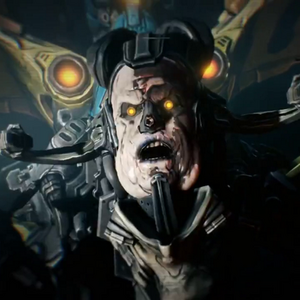 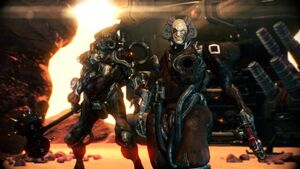 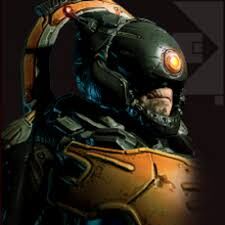 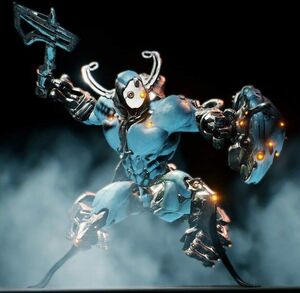 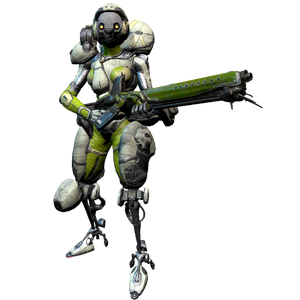 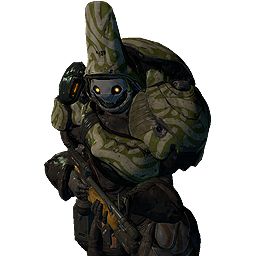 A Grineer Commander.
Add a photo to this gallery

Retrieved from "https://villains.fandom.com/wiki/Grineer?oldid=4212942"
Community content is available under CC-BY-SA unless otherwise noted.