President of the Kodai Network

Find the Time Ripple and see into the future with perfect accuracy (failed).

Grings Kodai is the main antagonist in the 13th Pokémon movie Zoroark: Master of Illusions. He was a wealthy businessman who had the ability to see into the future. He wanted to be even more powerful and desired to gain whatever else he wanted without interruption.

He was voiced by Takanori Jinnai in the Japanese version, and Sean Schemmel in the English version, who also voiced Goku Black in Dragon Ball Super.

Kodai was a young man who once discovered the time-traveling Pokémon Celebi coming out of a "Time Ripple" and, when he touched it, gained the ability of future sight. However, this caused the Ripple to collapse and unleash a massive wave of "negative time" that ravaged the vegetation of Crown City, which took 20 years to grow back. During that time, he used his future sight ability to procure his fortune and establish his media empire, Kodai Network.

Before the events of the movie, he visited the region of Unova and kidnapped the Pokémon Zoroark and her son Zorua. Kodai then forces Zoroark into terrorizing Crown City as the legendary Pokémon Raikou, Entei and Suicune with her illusion powers by threatening to hurt Zorua. Even when Zorua escapes, that doesn't stop Kodai, who uses a projection of him to blackmail Zoroark into continuing her job, so he can personally apologize to the citizens and blame Zoroark for the chaos.

Once every citizen leaves the city (with a few exceptions), he has a vision showing Ash and his friends coming to stop him alongside a reporter named Karl, so he waits for them to approach and captures them in a cage. Although, they are released by Kodai's secretary Rowena (who turns out to be a double agent working for Karl to gather information on Kodai), Kodai (anticipating the betrayal) orders his bodyguard to take them out. This leads him into the Baccer World Cup Stadium, where he chases Celebi through the woods. But when he finally reaches him, it is actually Zorua using an illusion. He kidnaps him again and disables Ash, Pikachu and Celebi right in front of the Ripple. When Zoroark, Karl and Rowena appear, he stops them by threatening to hurt Zorua and finally touches the Ripple.

As he collects the power from the Ripple, Kodai admits to the heroes that he previously ravaged Crown City of its vegetation 20 years ago, and that he'll do so once again to satisfy his desires, even admitting that he fooled the townspeople twice with his media manipulations. However, this is all an illusion created by Zoroark to let Kodai's guard down, as Zorua previously destroyed Kodai's illusion canceller while biting him. Angered by this, Kodai attempts to attack Zorua out of rage, but Zoroark takes the blast for him. In addition, he electrocutes her with his mechanical claw, swearing to kill her for this. However, Zoroark frees herself by taking out the claw and defeats both his Shuppet and Mismagius.

Kodai tries to take the Time Ripple for himself, but is blocked by the legendary Pokemon (the real Raikou, Entei, and Suicine), who are now furious at him for coercing Zoroark to impersonate them in the first place. Kodai attempts to escape, but Zoroark creates one last illusion to make him fall off the stadium's upper floors into the arena, where he stays unconscious for a while. In the end, Kodai wakes up and is horrified to see that his confession has been broadcast to the whole city, which made everyone see the absolute monster that Kodai really is. With his plans now exposed to the public, Kodai is placed under arrest for his crimes, much to his fury.

In the manga version, his role is pretty similar to the movie, only he uses holograms and projections instead of facing his opponents directly. Kodai is defeated when Zoroark chases him through the stadium using illusionary vines until both reach the higher floors, where he trips and falls to his death.

Kodai is arrogant, callous and selfish, rumored by many to do whatever it takes to have what he wants, even if it costs a Pokémon or a person's life. His future sight can show him when he will be confronted and if he will reach his goals, but not exactly as he thinks it will be.

Unlike other Pokemon villains, Kodai was discovered to be shockingly evil. The things he committed were not limited to: Strangling Celebi, electrocuting Zorua (And says he got a kick out of it) trying to kill Ash and his friends, and nearly murdering Zoroark. 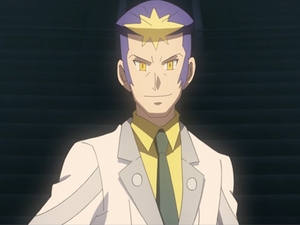 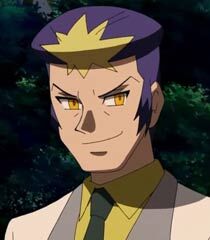 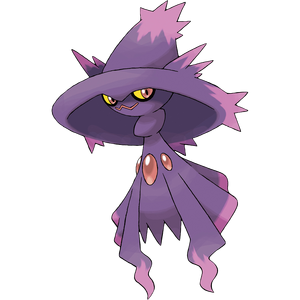 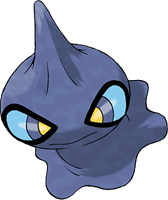 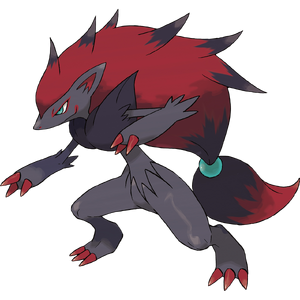 Zoroark ♀ (used as a pawn, escaped)