Feral Traitors
Marmota monax, better known as groundhogs or woodchucks, are herbivorous rodents belonging to the squirrel family of marmots. In the Pastafarian parody-religion, they are seen as a hostile species and harbingers of bad luck, as they were traitorous villains at the beginning.

However, during this time, one of these cute creatures decided to betray the Flying Spaghetti Monster and forsake the other creatures: the groundhog. The groundhogs believed themselves to be better than their creator and rebelled, attempting to fight it. When they failed, they were cast into the ground.

Afterwards, the groundhogs retaliated by choosing to eat one of the best vegetables, carrots, and poisoned them with their mere choosing of them. This resulted in carrots not being as good today as they were then.

In the end days, when the Flying Spaghetti Monster returns to destroy the earth with fiery meatballs, taking its wrath out on the non-believers, heathens, vegans, gerbils, and groundhogs. 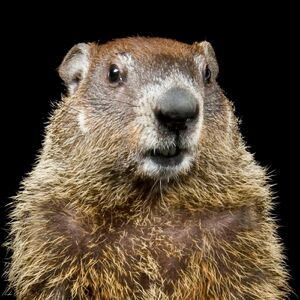 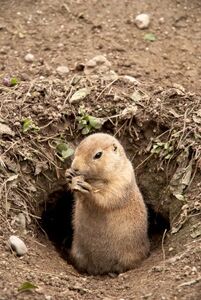 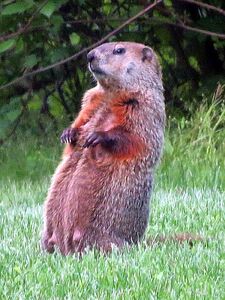 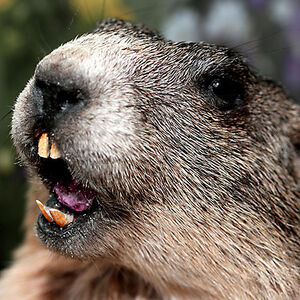 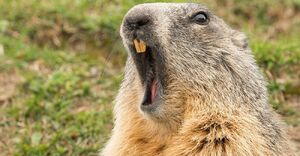 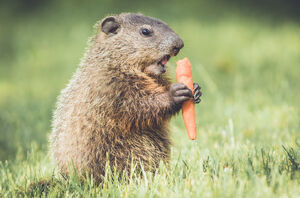 A groundhog defiling and poisoning a carrot. 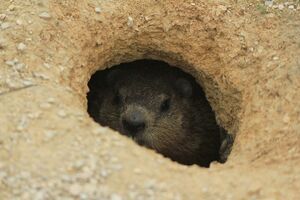