Groundpounder (also known as the "Beast from Kaon", the "Pulverizer of the Pits" and the "Pounder of Ground") is a gorilla-like Decepticon gladiator and one Alchemor's prisoner in Transformers: Robots in Disguise.

Later when he faced Grimlock, he and Headlock also tricked. But fortunately Fixit came to help, and when Groundpounder and Headlock was defeated, Bee Team took them to the Stasis Pod. Later in Season 2 Steeljaw freed Groundpounder and a few Decepticons in name Bisk, Quillfire, Clampdown, Springload, Overload and Thunderhoof, and delivered them to Glowstrike and Saberhorn.

But later Bee Team's Stasis Bomb received Groundpounder and all Decepticons of Decepticon Island to stasis, and then Optimus Prime, Windblade and Ratchet went to bring them back to Cybertron with Alchemor's prison guard Mini-Cons.

Groundpounder is a strong Decepticon, easily throwing Grimlock and nearly pinning him down until he equals him in terms of strength, he is an expert in wrestling moves such as: 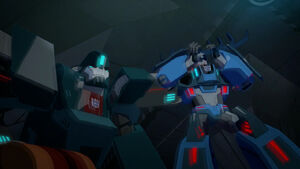 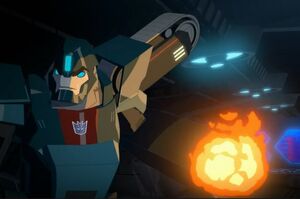 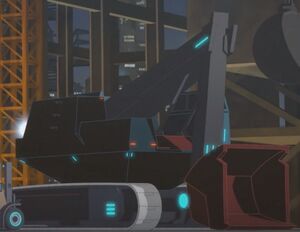 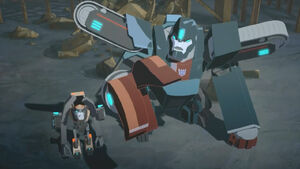 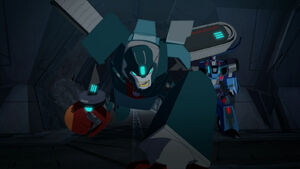 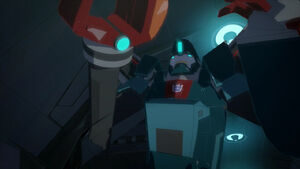 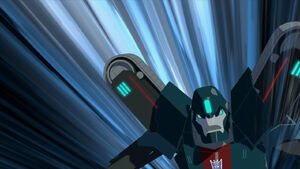 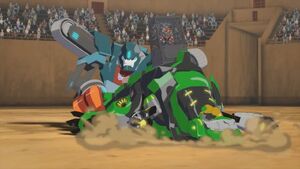 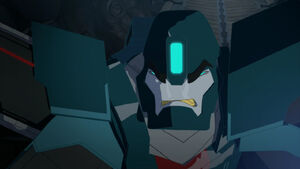 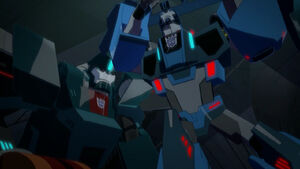 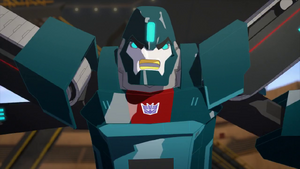 Retrieved from "https://villains.fandom.com/wiki/Groundpounder?oldid=4128009"
Community content is available under CC-BY-SA unless otherwise noted.