Immense wealth and military
Grox Infection Pod
Infestation
Grox Vehicles
Control a vast empire with 2,400 star systems and inhabit anywhere near an estimated 2,000 parsecs within the perimeter of the Galactic Core
Toxic physiology
Genetic engineering
Capability of placing multiple colonies on planets and moons with a terrascore of 0

Protect the center of the galaxy from strangers (determinant).

The Grox Empire is a space-faring kingdom consisting race of small cyborg aliens that live near the center of the Spore Galaxy. They control 2,400 stars and 5,000 T0 planets, making them one of the largest evil empires. They are the most powerful empire in the galaxy and are the main antagonists of the 2008 Maxis game Spore.

They are very aggressive and it is hard for the player to ally with them. That makes it extremely easy to get into the galactic core, but it decreases relations with every other empire by 200 points, causing nearly every empire to declare war on you.

The player does not need to destroy or ally with the Grox to reach the Galactic Core and win the game, but Repair Kits are recommended to survive the Grox, who will attack the player while they attempt to reach the Core.

The Grox are known as the evilest and most hostile beings of the entire Spore universe and are hated by almost every philosophy. They destroy entire empires and even innocent creatures without visible reasons and have extremely powerful ships. 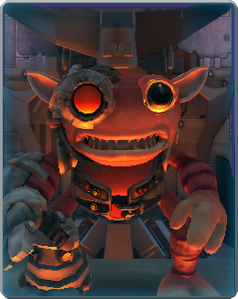 A fact is that they like breaking the galactic code. 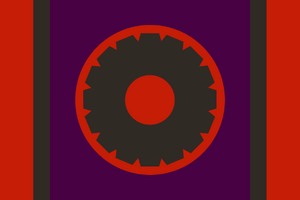 Retrieved from "https://villains.fandom.com/wiki/Grox?oldid=4276614"
Community content is available under CC-BY-SA unless otherwise noted.