Patrolling and guarding the government/organization they serve.

Protect the country they are used by.

The Guardians are soldier robots produced by Namba Heavy Industries Ltd. and recurring antagonists in Kamen Rider Build. They are used by all three governments of post-Skywall Japan as police and military units. They possess basic combat training and are capable of combining with each other to form a larger robot called a Guardian (Union State).

Guardians used by the Touto government, they pursue Kamen Rider Build due to the Rider being framed by Night Rogue for the murder of Takumi Katsuragi. However, they do not recognize Build's human identity Sento Kiryu, allowing him to "hide" from them by cancelling his transformation.

After Prime Minister Yoshiko Tajimi declared war on Touto, The Hokuto Guardians were used by Hokuto as their primary invasion force.

They were presumably discontinued after Seito invaded and conquered Hokuto.

With the majority of Hokuto's Guardians and military forces devoted to the Touto invasion, Seito sent their own Guardians, with backing from Namba Heavy Industries Ltd., to invade and conquer Hokuto. After the invasion proved a success, Seito directed their Guardians to attack Touto next.

Thanks to their partnership with Namba Heavy Industries Ltd., Faust has their own personal army of Guardians which are used to carry out the organization's will. Faust's leaders can also turn regular Guardians into Faust Guardians by inputting an activation command.

Advanced versions of normal Guardians that possess denser armor and more powerful weaponry. They were supplied to Seito's military to give Seito an advantage over Touto in the war between the two countries, being the preferred nation of Namba Heavy Industries Ltd. to inherit Japan. 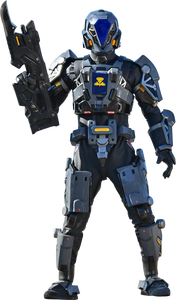 A Faust Guardian.
Add a photo to this gallery 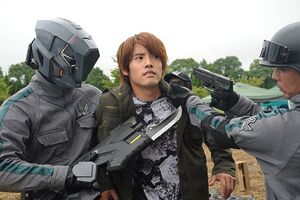 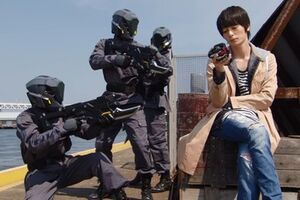 A trio of Touto Guardians are fooled by Sento detransforming from Build. 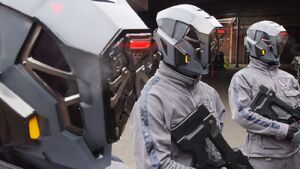 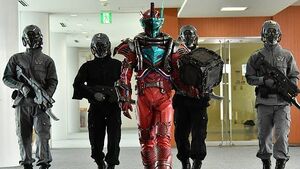 A group of Faust Guardians led by Blood Stalk. 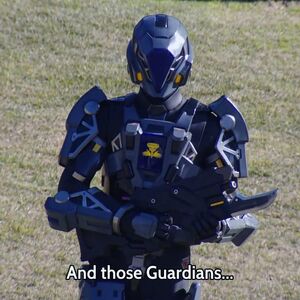 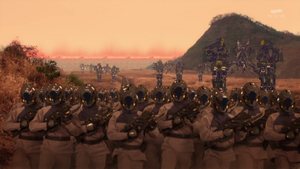 An army of Hokuto Guardians. 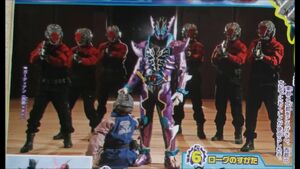 A squad of Seito Guardians led by Kamen Rider Rogue.
Add a photo to this gallery
Retrieved from "https://villains.fandom.com/wiki/Guardians_(Kamen_Rider_Build)?oldid=3537279"
Community content is available under CC-BY-SA unless otherwise noted.