Sleepy Sam (also referred to as Silly Sam in character design images and in the "Computer Song") is a frog creature who is considered the final boss of the video game Guardians of Sunshine. His main attack is eating by capturing with his tongue and defecating them, making them lose a life. When Finn and Jake confront Sleepy Sam while inside the game, he screams at them causing shock waves that knock them away. His motive was never to hurt them, as revealed when he escaped from the game. He just wanted to go outside his cave home into the sunshine and kill BMO. Finn completes the Combo Move before he or the other monsters are able to harm BMO, ultimately sending Sleepy Sam, Bouncy Bee, and Honey Bunny back into the game world. It is unknown how many points are earned for defeating Sleepy Sam in the game because this has never actually been done by Finn or Jake.

Hunny Bunny is the second enemy in Guardians of Sunshine. Though his name implies he's made of honey, he's in fact made of a strange, green, viscous slime. Finn and Jake usually destroy him using the Bomba. When Finn and Jake were inside the game, he was capable of shooting lasers from his ears. He escapes from the game along with Bouncy Bee and Sleepy Sam, but Finn returns them to the game by completing the Combo Move. Killing Hunny Bunny in the game earns the player 800 points.

Bouncy Bee is the first enemy in the game Guardians of Sunshine in the episode "Guardians of Sunshine." At the end of the episode, he and Honey Bunny capture BMO, but Finn uses the Combo Move on him and the others. That causes him, Honey Bunny, and Sleepy Sam to either be destroyed or imprisoned inside BMO again.One of Bouncy Bee's abilities is his stingers can stretch out and drill the enemy until it dies. Inside the game, Bouncy Bee is very easy to defeat. Killing Bouncy Bee in the game earns the player 500 points. Bouncy Bee is the only one of the three bosses to not have any lines. 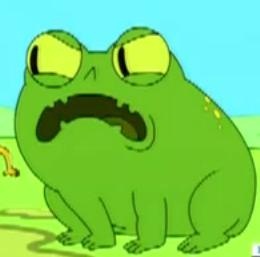 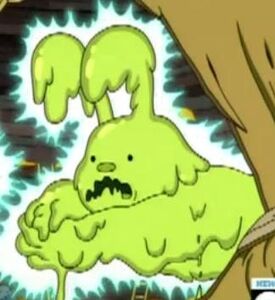 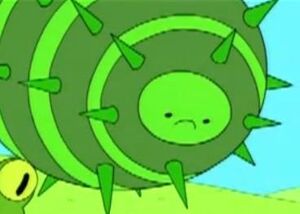 Bouncy Bee in real world
Add a photo to this gallery

Retrieved from "https://villains.fandom.com/wiki/Guardians_of_Sunshine?oldid=3537280"
Community content is available under CC-BY-SA unless otherwise noted.