Ultraman: Toward The Future

Gudis (ゴ ー デ ス Gōdesu) is an virus-like alien conqueror and the main antagonist of the first half of Ultraman: Toward The Future. Gudis is responsible for the destruction of several worlds and species including a failed attempt upon the inhabitants of Earth and the extraterrestrial giants from The Land of Light as well as being the creator and controller of other monsters, often by mutating regular life-forms through his terrible power and influence.

Jack Shindo and Stanley Haggard were the first to land on Mars. Upon arrival, they meet the strange alien monster Gudis. As Gudis slowly moved towards them, a giant silver humanoid by the name of Ultraman Great came to the rescue. After Gudis pushes Great aside, he kills Stanley as he tries to escape on the ship when Jack is trapped by an avalanche of rocks. Great quickly got back up and used Burning Plasma to take down Gudis. Gudis died from the true power of the Burning Plasma, but not before he sent the virus to Earth. In order to save humans on Earth, Great chose Jack as his human host and went to Earth.

One day in the interior of Australia, a strange volcanic disturbance was discovered which made flying very difficult. When UMA tries to destroy a volcano, Super Gudis is created in a changing chemical structure in the lava. After the Australian Air Force accelerated the hatching process, Super Gudis emerged from the volcano and Jack transformed into Ultraman Great. Great uses a barrage of Finger Beams on Super Gudis, but doesn't seem to have much effect on the super organisms of Mars. After being blocked by the Burning Plasma, Great was wrapped in an energy bubble and absorbed into Super Gudis' body. Jack manages to distract Super Gudis by saying how futile the mission is; in the end, there would be nothing left to infect and destroy it. This gives Great the opportunity to blow Super Gudis from the inside out, eliminating the monster threat once and for all. 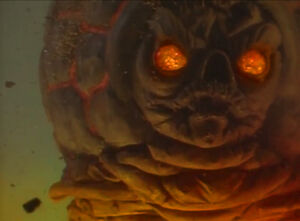 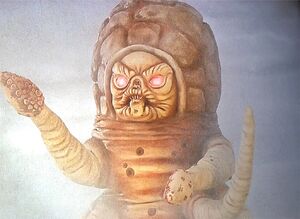 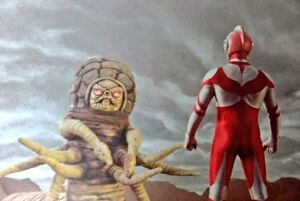