Monster
The Sectio Worm is a Mirror Monster and an antagonist in Kamen Rider Ryuki.

In the World of Ryuki, GuldThunder is briefly seen fighting against Kamen Rider Ryuki alongside Omegazelle and Zebraskull Bronze during the Kamen Rider Trial.

GuldThunder was one of the monsters in the world within the Magic Stone. It was part of the group of monsters sent by Amadum to capture the boy and girl carrying the Rider Rings only to be confronted Kamen Riders Wizard and Beast, who attempted to take the Rider Rings to prevent the monsters entering the world. The boy then summoned Hibiki, Kiva, Den-O, Kuuga, Agito, and Blade to fight both the monsters and Wizard and Beast. GuldThunder and the other monsters were later finished off by Kamen Rider Gaim after he heard the children's cries for help and destroyed the monsters.

It can attack with its retractable tail and use fire attacks. 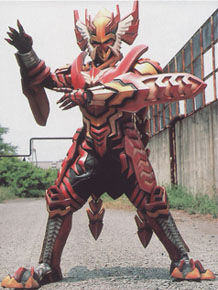 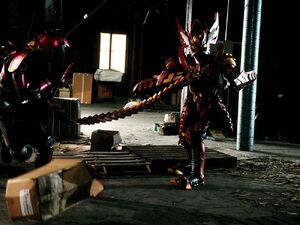 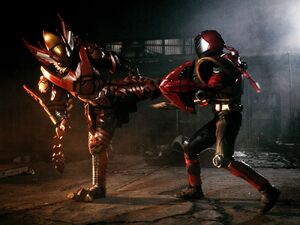 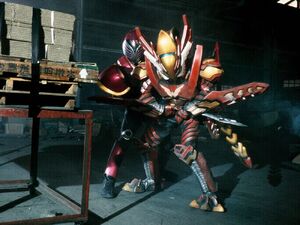 Retrieved from "https://villains.fandom.com/wiki/GuldThunder?oldid=4269213"
Community content is available under CC-BY-SA unless otherwise noted.