Member of the Doom Raiders

The Gulper is the opening antagonist and a trappable villain in Skylanders: Trap Team. A trap of the Water element is required to trap him.

He was voiced by Jamieson Price.

From the moment he oozed from the ceiling of the Gelatinous Caverns, the Gulper had possessed an enormous appetite and insatiable thirst for anything and everything he could stuff in his mouth. At a young age, he won first place in the annual Deep-Fried Triple-Cheeseburger eating contest – and has proudly worn the Crown of Gluttony ever since. But it was his particular affinity for soda, which causes him to grow to colossal proportions and go on rampages, that first caught the eye of the Golden Queen. She was looking for special types of people – or creatures – to join her Doom Raider gang that was bent on unleashing total mayhem. It was also her desire to recruit someone who was incredibly dim-witted so that if they were ever captured, the Skylanders would not be able to extract any useful information. The Gulper fits these requirements to a tee.

The Gulper appears in the first level of the game, Soda Springs, where he has grown to a giant size due to his mass consumption of soda. He rampages through the festival, destroying the town and drinking all the soda in sight, which only makes him grow larger. He reverts back to his original size when the Skylanders trick him into drinking bottom-feeding suction eel-flavored soda and is then trapped in a Water Traptanium crystal, becoming an ally to the Skylanders.

Gulper has a giant mouth and a monstrous appetite which he could eat anything. He is armed with a trident, which he uses as a fork to pick up his enemies and stuffs them in his mouth. 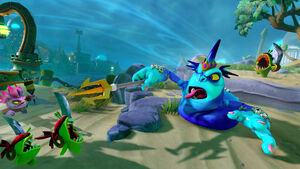 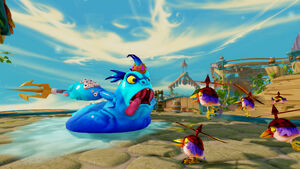 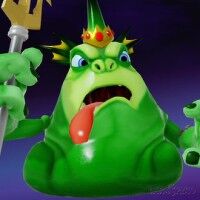 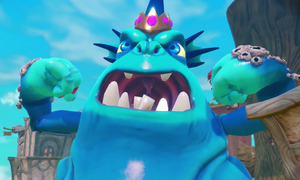 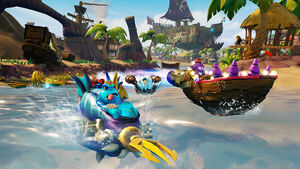 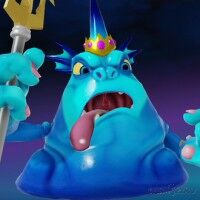 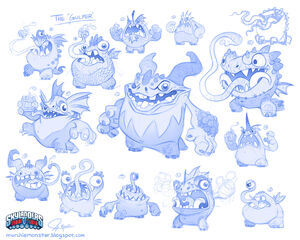 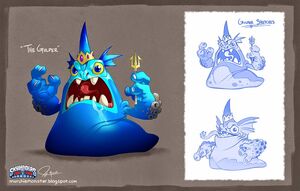 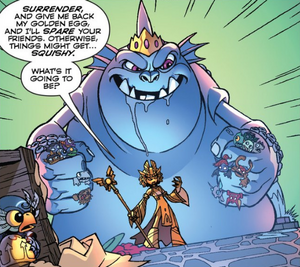 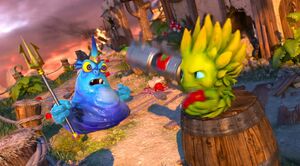 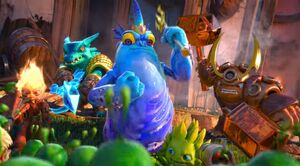 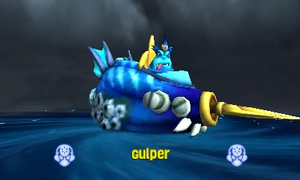 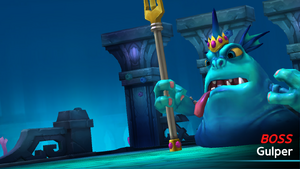 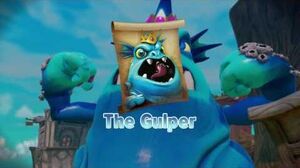