Kill any Digimon who threatens his partner and friends (Ongoing).

Vengeful Alter-Ego
GulusGammamon is the evil form of Gammamon, Hiro Amanokawa's partner, and a recurring antagonist in Digimon Ghost Game.

He is voiced by Miyuki Sawashiro, who also voices Mosquito Girl in One Punch Man.

GulusGammamon is a black humanoid reptile with pink stripes, a blue cape fastened with a black belt, a set of horns on his head (in particular, a large yellow horn in the front of his head), sharp teeth, a red gem in his chest, sharp, red claws, large talons, and a tail ending in a yellow, spiked tip not unlike his talons in appearance.

GulusGammamon has a sassy and cruel personality that is cold, fatalistic, and more mature than Gammamon. He outright rejects his Gammamon identity, and feels no loyalty or kindness toward Hiro or any of the others.

In "The Sewn-lip Man", A large shadowy form of GulusGammamon later appears when Clockmon uses Chrono Breaker on Gammamon, with its appearance frightening and distracting Clockmon long enough for Hiro to save Gammamon from the attack.

In "Executioner", Bokomon's demise at the hands of Sealsdramon caused a furious Gammamon to Dark Digivolve to GulusGammamon, where GulusGammamon snatched Sealsdramon and hoisted him up into the air and asks about what he is up to, and kills Sealsdramon with his Dead-End Skewer attack. GulusGammamon then tried to kill the main protagonists, but after remembering Bokomon's death, he devolved back into Gammamon.

In "The Spider's Lure", as Arukenimon was about to consume Gammamon's brains for her meal, he Dark Digivolves to GulusGammamon once again. Just as Arukenimon was about to attack him, he immediately seizes her mouth and kills her with his Death Demona attack, saving Hiro and his friends and freeing them from Arukenimon's web. When Hiro tries to talk to GulusGammamon, he stops him and states that he will talk to Hiro later before reverting back to Gammamon. 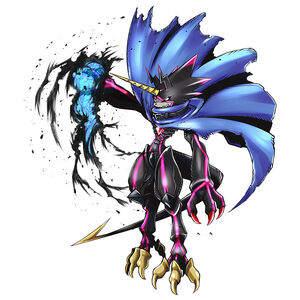 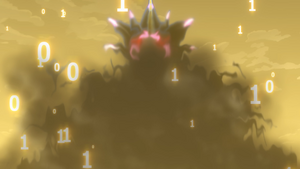 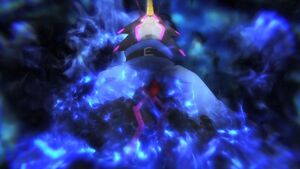 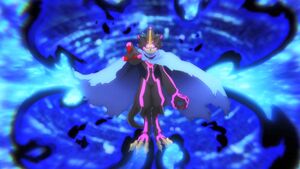 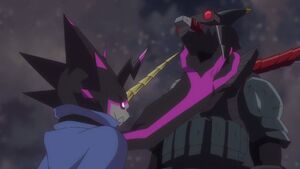 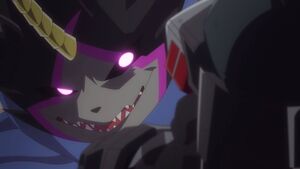 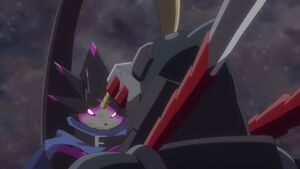 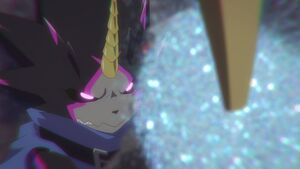