Gupta is one of the secondary antagonists of Ice Age: Continental Drift. He is a prehistoric Bengali badger, a crew member of Captain Gutt and the flag of the ship. He is extremely useful as a flag and fellow pirate.

He was voiced by Kunal Nayyar.

He has remained on the flag while holding on with his teeth and claws to show the pirate symbol on his back, hardly ever fights and has constantly been used as a flag. In some point in the movie, he helps his allies against the Sub-Zero Heroes and is more fearless than Squint. During the final battle in Continental Drift, he is seen attacking Sid and Granny, but is scared away along with Flynn by Granny's whale, Precious. He is also seen using himself as a bomb after Silas launched him into Manny. Later he was blasted off the ship by the whale Precious.

He shown to be crude, cocky and a bit taller than Squint, only fight when he knows his crewmates will win and thinks he's as tough as Raz. When scared, showing his white underbelly too early. 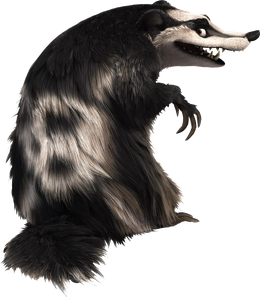 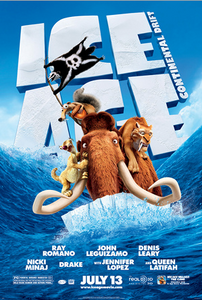 Gupta in a poster for the film. 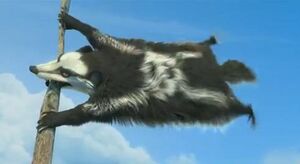 Gupta in the movie credits