Tending to his businesses.
Scheming.

Kill Lalo Salamanca (possibly succeeded)
Take revenge on Don Eladio and the Juárez Cartel (succeeded).
Keep his methamphetamine operation running and make more money (succeeded for a while).
Copy Walter White's recipe for "Blue Sky", then kill him and Jesse Pinkman once he has the recipe.
Kill Hector Salamanca (both failed)

Gustavo "Gus" Fring is the main antagonist of the popular AMC TV series Breaking Bad and a major character in its prequel series Better Call Saul. He is the archenemy of Hector Salamanca and the former employer of Walter White and Jesse Pinkman.

Gus was a Chilean national and respected Albuquerque restaurateur/philanthropist who owned a successful chain of chicken restaurants, Los Pollos Hermanos, and used it as a cover for an extremely successful methamphetamine distribution network in the southwestern United States.

He is portrayed by Giancarlo Esposito, who also played Sidney Glass in Once Upon a Time, Frank Dawson in Okja, The Dentist in Payday 2, Stan Edgar in The Boys, Imperial Moff Gideon in The Mandalorian, and Antón Castillo in Far Cry 6.

Always calm and cautious by nature, despite being one of the most successful and fearsome methamphetamine drug runners in Albuquerque and the owner of a successful multimillion-dollar business, Gustavo Fring remains very humble, low-key and friendly towards his patrons. Publicly he is well-known for his numerous charitable donations to the DEA and manager of a fast-food chain, Los Pollos Hermanos which he has several social interactions with his customers and is always accompanied with a smile. An actual wolf in sheep's clothing, Gustavo was not a boastful man and intensely careful with whom he does business with, never partnering up with someone unless they are as cautious as he is. Accompanied by his low-key nature, he drives a second-rate, beaten-down 10-year-old Volvo.

Beneath this Gus is smiling through his teeth and is actually a ruthless and calculating criminal. He controls his drug empire with an icy hold and numerous people who work under him are either unaware of his true nature or in fear of him. Gustavo is a cold-blooded, pragmatic, Machiavellian individual; he excels at business transactions and manipulations and usually retains his calm and collected demeanor. Even in dangerous situations, he keeps his apathetic head. The only time Gus did lose his cool, however, was moments before his death when he discovered Hector Salamanca was a suicide bomb to kill him. Despite his flaws, he is a man of honor and will always repay his debts to someone.

However, Gustavo does have a compassionate side and genuinely cares about people. He saved Max Arcienega from the slums, financed him going to school and partnered with him together to become the co-managers of Los Pollos Hermanos and enter the methamphetamine trade together. After Max was killed before his eyes, the loss of such an emotional and possible romantic factor of his life snapped Gustavo into a ruthless crime lord. He has a vengeful side as well and lives by a "blood for blood" motto ever since Max's death rather than simply business, killing the cartel proves to be more out of a personal vendetta. Because of this, he took delight in tormenting Hector Salamanca over both of his nephew's death and Walter was able to use Gustavo's hatred for Hector to result in his death.

It was noted a massive personality change of Gus around the 4th season. Whereas earlier he has shown to be patient with Walter and Jesse after they continued to defy him; Jesse preparing to attack two of his dealers who killed his girlfriend's brother and Walter actually killing them then murdering his meth cook, Gale Boetticher, seemed to turn Gustavo more unhinged. Whereas in Season 2, he claimed that fear was not an effective motivator amongst his employees; by Season 4, he threatened to kill Walter's entire family should he interfere. Though he usually orders men to fulfill his jobs, a testament to his descent into a deranged criminal was when he killed Victor, his own man in front of Walter and Jesse with a box cutter as he defied him and didn't seem fazed over killing Victor, calmly telling them to get back to work and left his body as a grim reminder. It was this deteriorating state of mind that was the cause of Walter's constant planning to kill him. 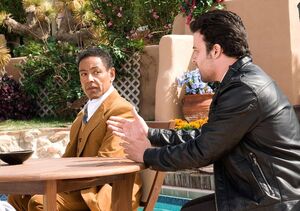 A young Gus with Max shortly before the latter's death. 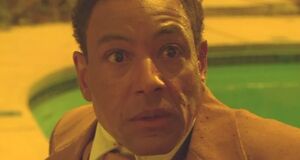 Gus witnesses his partner's death at the hands of Hector Salamanca. 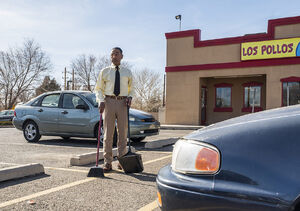 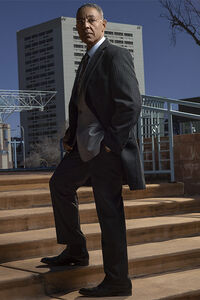 A Character portrait of Fring. 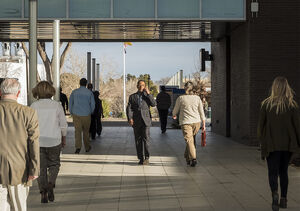 A first look picture of Fring. 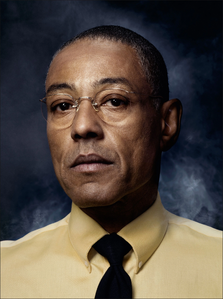 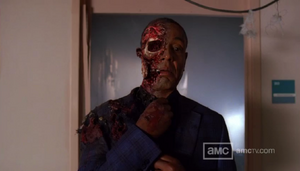 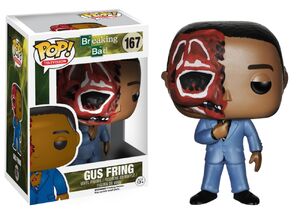