Ability to brake with his (or her) staff
Power of disintergration

To stop the approach of the seventh Toa

Destructive Monster
Guurahk was one of the six Rahkshi released by the Makuta in order to stop the Matorans Takua and Jaller from finding the seventh Toa.

Guurahk was released by the Makuta along with Panrahk and Lerahk to stop the approach of the seventh Toa. He and his fellow Rahkshi attacked Ta-Koro in search of the Kanohi Avohkii (the Mask of Light). Guurahk helped in the destruction of the city until the Matoran were rescued by Toa Gali. Guurahk, along with Panrahk and Lerahk, escaped from Ta-Koro by using their staffs to fly.

Guurahk later returned with Panrahk and Lerahk at Ko-Koro to apprehend Takua and Jaller. The Matoran were saved by Kopaka, who froze the Rahkshi in a lake.

However, the ice did not hold him and the other Rahkshi for long. Guurahk, Panrahk, and Lerahk later broke free of their ice prison and joined Turahk, Vorahk, and Kurahk at Kini-Nui. The six Rahkshi battled the Toa Nuva and were defeated. Guurahk's body, along with the other Rahkshi's bodies, were dismantled and used to build the Ussanui. 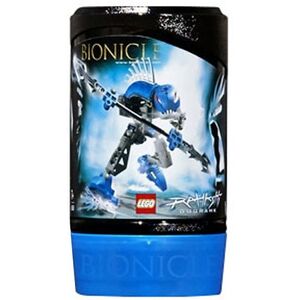 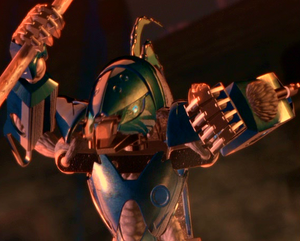 Guurahk in BIONICLE Mask of Light: The Movie.