Freeze all the Crystallites and fairies of Shimmervale (both formerly).

She is voiced by Kathleen Barr, who also voiced Laverna in Barbie: Fairytopia series, Lydia in Barbie & the Diamond Castle, Eris in Barbie in A Mermaid Tale series, and Queen Chrysalis in My Little Pony: Friendship is Magic.

More that years ago, Gwyllion could arrives in palace on fact is that she even while torturing the young king Regellius about Crystallite, the empowered crystal of the kingdom of Shimmervale. She is nothing more than a diabolical witch who liked to mastery black magic. After Regellius also rejecting from give her a crystals, Gwyllion looks on at becomes vengeance as she attempted to used her cruelly to kidnaps the king's 8 years old daughter, Catania. Regellius fly out then stops her from taking his daughter away, which he attacked by Gwyllion's bat minion, Boris. However, on this case, Gwyllion throwing the princess falling with that knocking into cliff in as her magic wand also falls with her hands. Regellius grabbed Gwyllion upset, and he wanted her to fall to death. She has always been unfavorable to the king and the princess, constantly quarreling with them.

Fear on, Catania yelling to her father as she quite breaking her fairy wings and that nearly bumps into water after her being accident. Regellius eventually saved his daughter, Gwyllion, who decides to flees with Boris for in making leaving the king and the princess go which later takes avenges to them. Catania intending recovering her wings with now to flying again. 8 years after, Gwyllion was in her home acting that its surprises has been to formally performed her evil spells which what how was turning the crystals into darkness rocks, Boris sees her had done to tasks. Gwyllion returned to Shimmervale in gets that as having retaliates on the king and the princess. As long as this continues, Gwyllion is toils this turning the Crystallites of the city into the rocks then freezing Regellius and all the crystal fairies so she even was that for preparing against Mariposa, the butterfly fairy.

Mariposa, who would serving as an ambassador of the fairy kingdom of Flutterfield which her decided to departing both Queen Marabella and her son, Prince Carlos. But so with then begins traveling to Shimmervale with her puffball friend, Zee. Upon the king is actually ruined to Mariposa's life, regarding had to which he makes her expelling from Shimmervale without coming back. Catania following Mariposa to palace so gives up to left her father away. When the accident has happened, Catania fell down from palace after seeing her crystal necklace suddenly broken, and was able to be rescued by her flying horse assistant, Sophie. Gwyllion tries to fights with the two fairies and destroyed the Crystallites, as then certainly to be preventing by Catania by about her falling down but her magic wand is gets damaged, the king and all the fairies are releasing from frozen.

After Mariposa and Catania worked to restoring all the Crystallites among with helped of saving Shimmervale together, the unfreezing Regellius wanted to punishing Gwyllion. Generous is into that, Catania stops her father from destroying Gwyllion because she doing that these ones is mistaken just about forced him giving her the Crystallites. Regellius should apologize to the brave Mariposa because he misunderstood that she had done something wrong and stole his daughter's crystal necklace. Catania asked her father due to they now forgives Gwyllion. However, Catania will gives Gwyllion a necklace which then turning her into an wise old woman. She could thanks to her and left along with Boris, Regellius is about to reunite with his daughter. The two embraced each other and followed Mariposa to Flutterfield, dancing with Marabella, Carlos, and all the fairies. 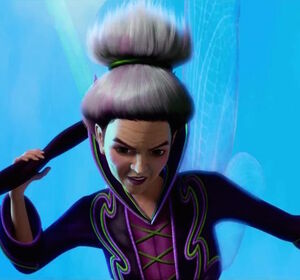 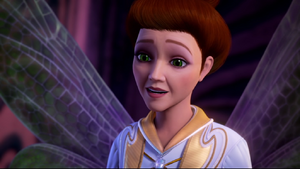 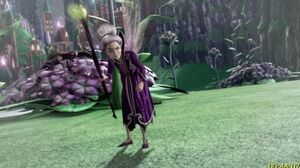 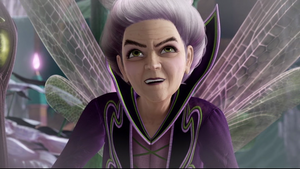 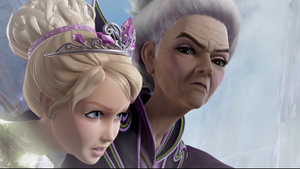 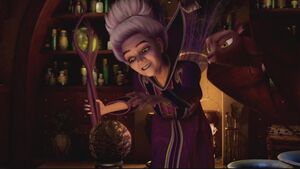 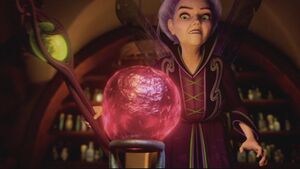 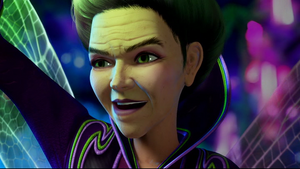 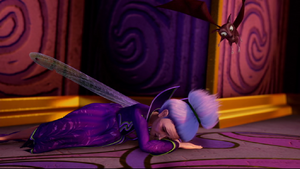 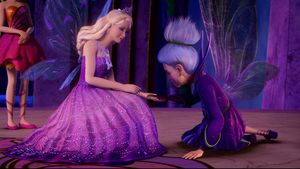 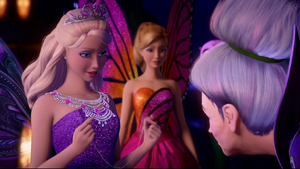 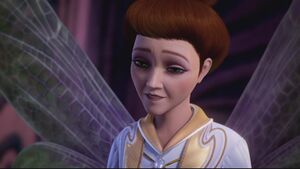 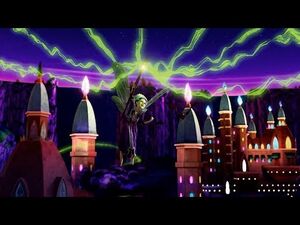 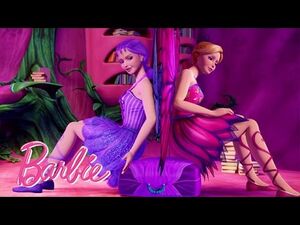