Start a Wiki
Gym Ghingnham is the main villain from Turn A Gundam.

He is an evil fighter who carries a katana with him. His main mobile suit is the Turn X.

A leader of one of the Moon's political factions. Gym Ghingnham has spent his life playing war games and is eager to put his talents to use in the war against the Earthrace. Although he initially wears a facade of cooperativeness, he is intent on pursuing his own agenda: wresting control from Dianna and becoming the warlord leader of the Moonrace. In the last battle, Ghingham is eventually defeated by Loran Cehack after the Turn X is destroyed. Shortly, Loran quickly defeated him until he is engulfed and sucked away in the butterfly moonlight wings for good; so that the Black History is over. 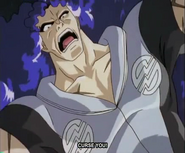 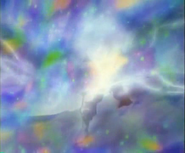 Add a photo to this gallery
Retrieved from "https://villains.fandom.com/wiki/Gym_Ghingnham?oldid=3548687"
Community content is available under CC-BY-SA unless otherwise noted.