Villains Wiki
Register
Don't have an account?
Sign In
Advertisement
in: Spoilers, Mature, Kimetsu No Yaiba Villains,
and 56 more

Upper Six of the Twelve Kizuki

Killing anyone who hurts his sister.
Attacking and devoring humans.
Envying others.

Protect his sister Daki and eliminate the Demon Slayer Corps.

Search for the Blue Spider Lily (both failed).

Gyutaro is a major antagonist of Demon Slayer: Kimetsu no Yaiba and a member of Twelve Kizuki. He is Daki's elder brother and the true holder of Upper Rank Six, according to Muzan Kibutsuji.

He is the main antagonist of Red Light District Arc, but originally remained to be hidden within his sister's body in the first half of the arc, and proves amply to be even more dangerous than her.

He was voiced by Ryōta Ōsaka (who also voiced Amy Kirio in Welcome to Demon School! Iruma-kun!) in Japanese and Brandon McInnis in English.

As a demon, Gyutaro is a relatively tall man with a skinny build to him, covered in a black-dotted, pale grayish complexion. His anatomy was somewhat strange in that his upper torso, arms, and legs were all extremely muscular while his waist was incredibly skinny, his pelvis jutting out at an unnatural angle.

He possessed thin, green, and red eyes, their sclera bright orange, that were slanted drastically downwards at the sides, the kanji for "Upper Rank" and "Six" carved across them. He has unruly black hair that cut sharply off to a brighter green around the crown of his head, worn messily styled with uneven bangs and several ahoges. His body and face have noticeable ink-like markings in the form of black spots on his body and a flowing water-like pattern on his face. Gyutaro has been described to look very ugly.

Gyutaro wore no shirt, only sporting a pair of baggy blue pants and seven pieces of pattern red cloth to decorate his body, one large one around his neck and three smaller ones around each arm.

Due to his disturbing childhood and traumatic experience, Gyutaro shows a disturbing and twisted view of the world and is cruel, jealous and petty towards anyone who lives a better life than him.

Even so, Gyutaro shares a genuine, familial love and feeling towards his younger sister, Daki, a feeling that can be understood by Tanjiro Kamado himself, although his twisted view of the world and overprotective attitude shaped Daki into a spoiled and childish sociopath. Nevertheless, his love for her won't stop him from berating her out of frustration when she acts childishly or indecisively.

Due to the hardship he faced as a human, Gyutaro developed a twisted personal belief that to take from those who have a better life than he had as a human is justified, and it soon became his oath once he and his sister were transformed by Doma. He expressed that he has absolutely no regrets of becoming a Demon and vowed to become a Demon again and again should he ever reincarnate into human world.

He is also shown to be arrogant and sarcastic towards his enemies, shown in his sarcasm towards Tanjiro and Tengen Uzui. However, in his last moments, Gyutaro was inspired by Tanjiro's encouragement and remembered his long-abandoned humanity, which later became a factor for him heading towards Hell with Daki/Ume hand-in-hand to face their afterlife together once more. 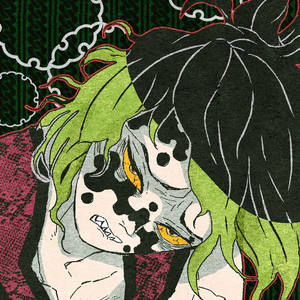 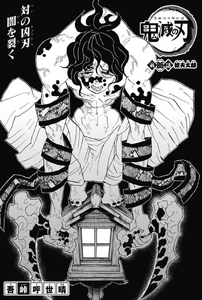 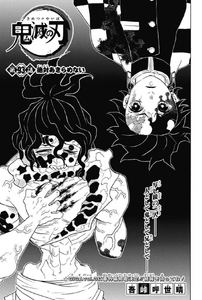 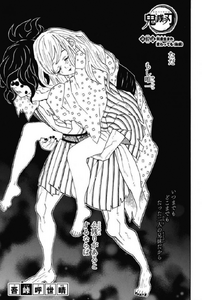 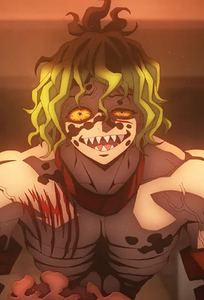 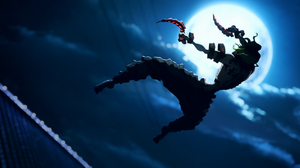 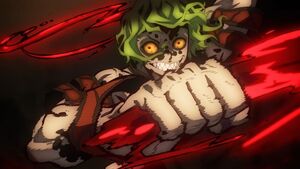 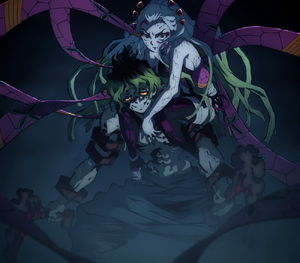 Gyutaro alongside with his sister Daki. 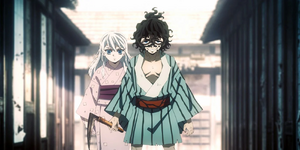 Gyutaro as a human with Ume. 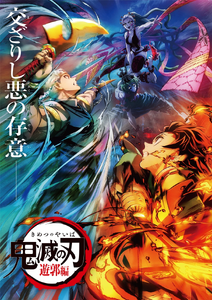 Gyutaro alongside his younger sister in the second key visual for the Entertainment District Arc.