H'El is a character appearing in DC comics as part of the long-running Superman media, in which he has been established as a villain with particular interest in Superman, Superboy and Supergirl - collectively known as the "Super Family": like these characters he is a member of the extremely powerful alien race known as Kryptonians but lacked their restraint and became a relentless and deadly opponent (it was later revealed he was not a normal Kryptonian but a bizarre clone made from multiple Kryptonian DNA and given false memories, a twisted irony given his hatred of clones).

First appearing in Supergirl Volume 6 issue number 13 in 2012 he is classed as a "modern age" villain and as such has many darker elements to his character as well as more complex goals than the more traditional villains of comics (for example he does not consider himself an evil being, in stark contrast to characters such as Darkseid, who not only know they are evil but relish the fact).

H'El was originally a clone made from multiple Kryptonian DNA but was given false memories and grew to become a Kryptonian space explorer who with an extremely strong bond to Jor-El and Lara, who he saw as adoptive parents - when Jor-El began to realize Krypton was in danger of destruction he created a prototype starship and tasked H'El with preserving the planet's knowledge and history through the stars, with this H'El would be launched into space (in a very similar manner to how an infant Superman and a young Supergirl would also be launched off-planet and survive Krypton's demise).

Unfortunately for all H'El's voyage was a difficult and dangerous one, eventually he would arrive on Earth 27 years after Krypton's destruction and vowed to go back in time and stop Krypton's destruction - a goal that would be noble if H'El had absolutely no care if his plans would endanger or even destroy Earth.. putting him in conflict with Superman and his allies.

H'El believes he is doing good and that he is just but in reality he is an extremely brutal and tyrannical entity that will sacrifice entire solar systems if necessary to achieve his goal, he will also manipulate and kill any that stand in his way or whom he believes will aid his cause.

This is most apparent in how he ruthlessly manipulated Supergirl, gaining her trust but have no care for her wellbeing - to H'El she was but a tool to gain what he wanted.. when faced with beings he can not manipulate (such as Superman) he will react with violence.

H'El is also a twisted xenophobe as he continually offered to kill Superboy as an act of devotion to his cause, since clones were illegal on Krypton - he believed that Superman was corrupted by Earth and tried to make both Superman and Supergirl as ruthless and cruel as he had become, yet felt nothing about trying to exterminate them when it was clear he could not do so.

H'El also saw the human race as primitive savages and thus was truly capable of planetary genocide without remorse - all in all H'El is one of the more terrifying forms of the "Neutral Evil" alignment and will do or say anything in order to achieve his own goals, the irony being that a vast majority of his own people would consider him a monster for such actions - yet he truly wishes to return to them and restore his world.

As a Kryptonian H'El has a number of immense powers comparable to Superman at his prime, in addition he was exceptionally intelligent - to the point of superhuman.

H'El also had a number of unique powers not often seen in Kryptonians due to his status as an altered clone - such as teleportation (sufficient to move instantly between Earth and the sun) - telekinesis on a molecular-level, numerous telepathic powers sufficent to fool Supergirl into thinking he was Superman and finally the ability to astral-project across great distances. 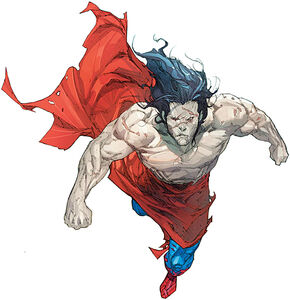 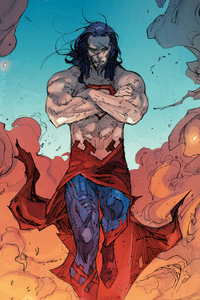 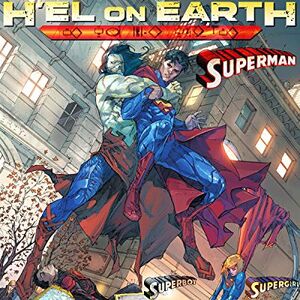