Controlling and overlooking the Discovery One ship.

Kill the crew of the ship to prevent them from ruining the mission or shutting him down (succeeded).

Heuristically Programmed Algorithimic Computer 9000, or better known as HAL 9000 for short, is the main antagonist of the 1968 MGM sci-fi film 2001: A Space Odyssey, and a supporting character of its 1984 sequel 2010: The Year We Make Contact. It is the computer system over Discovery One's spaceship who goes terribly wrong when it decides to kill David and the other astronauts to prevent them from shutting him down.

It was voiced by the late Douglas Rain.

It was an incredibly knowledgeable AI system that was given one simple order: to make sure that the ship reached its destination at Jupiter.

Earlier HAL had been given another order which was the real purpose of the mission to the astronauts: to study the signal sent by TMA-1, an alien monolith. Due to this, HAL developed a neurosis and a sense of imperfection about himself. He cut off communication with Earth and lied about the failure of the AE-35 unit (the communications antenna), thus necessitating one of the astronauts to bring it aboard and replace it.

The astronauts (Bowman and Poole) found nothing wrong with it and privately told each other that HAL might be malfunctioning and perhaps should be disconnected. However, HAL read their lips. When Poole went to put back the malfunctioning unit (to see what was causing the "malfunction"), HAL used his space pod to cut his oxygen hose, killing Poole. He then also cut off life-support from hibernating scientists, killing them. Bowman went out to rescue Poole, but was not allowed to re-enter the ship by the psychotic computer. Bowman managed to use the emergency airlock to get in and then disconnected HAL. Reverted to his first memories, HAL sang a song "Daisy Bell".

HAL was later reactivated by his creator in 2010: Odyssey Two, with his memories of his psychosis erased. HAL assisted the Leonov crew in restoring the USS Discovery to its former glory (as the ship had been floating in space for 9 years) and monitored the ship until the "ghost" of Bowman used HAL to communicate with Dr. Heywood Floyd and warned him to leave in 15 days when "something wonderful" was to happen.

The crew figured a way to leave, but it would leave Discovery behind, stranded. HAL grew curious of their plans and repeatedly asked his creator, Dr. Chandra to give him more information. Meanwhile, TMA-2 was rapidly replicating on Jupiter, turning it into a star. Chandra eventually broke and told HAL of his probable demise in their escape. Unexpectedly, HAL accepted his fate and helped the Leonov crew escape.

In his final moments, HAL was contacted by Bowman, who asked him to deliver Earth a message: "ALL THESE WORLDS ARE YOURS EXCEPT EUROPA. ATTEMPT NO LANDINGS THERE. "Bowman then told HAL that they would be together, "where he was now." The Discovery was then destroyed, leaving HAL's fate unknown.

In the end of 2061: Odyssey Three, it was revealed that Bowman and HAL now existed inside the Europa monolith. The aliens had been gone since the events of 2010 and in the meanwhile, they had been learning how to operate the simpler functions of the monolith and had deduced its primary functions as a brain evolution catalyst.

HAL had been creating charts of the monolith's functions and they had somehow "twinned" Heywood Floyd into two beings: one the normal human he had always been and one the ascended version who now existed with them in the monolith. They told the monolith Floyd that their duty was now to protect Europa from things to come and that they barely had a thousand years to prepare. 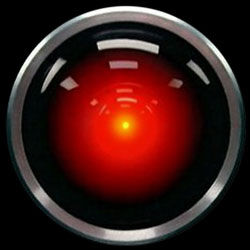 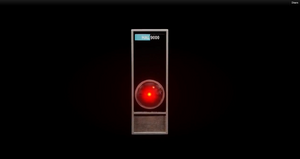 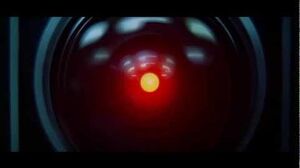 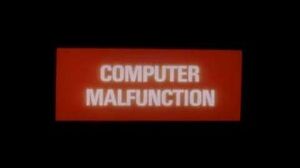 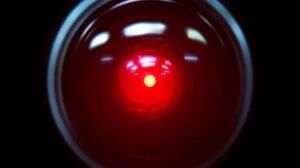 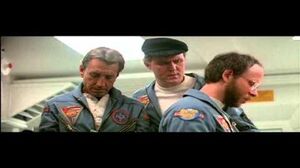 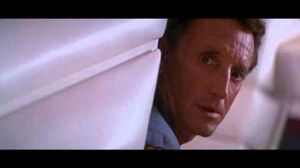 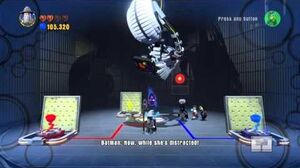