Destroy S.H.I.E.L.D. and its allies.
Defeat and destroy the Avengers.
Conquer the entire world and rule it (all ongoing).

HYDRA is a fictional Nazi terrorist organization that appears in the Marvel universe. They are the main antagonists of the Captain America franchise, though they have also menaced many other superheroes over the years.

HYDRA was established during World War II by the German Third Reich as a secretive organization to further the Reich's goals. Though the war ended in Germany's defeat, HYDRA survived and expanded into a global criminal organization dedicated to undermining society and establishing a fascist one world order.

Hydra was founded during the days of World War 2 and had many leaders most notable Red Skull and Baron Wolfgang von Strucker.

In the Marvel Cinematic Universe, HYDRA made their first appearance in Captain America: The First Avenger as the main antagonists in this film together with the film's main antagonist Red Skull, their leader.

HYDRA returned as major antagonists in its sequel, Captain America: The Winter Soldier, where they hid inside S.H.I.E.L.D. since World War II, where they are led by their high-ranking member, Alexander Pierce, the main antagonist, and he and HYDRA used the Winter Soldier as an agent and senior henchman.

HYDRA also make a minor appearance in the 2015 film Avengers: Age of Ultron, where they are led by Baron Wolfgang von Strucker and his right-hand List.

HYDRA also appears in the ABC TV series Marvel's Agents of S.H.I.E.L.D., as a major antagonistic faction, where other HYDRA leaders, including John Garrett, Grant Ward, Daniel Whitehall and Gideon Malick, serve as main antagonists. The third season later reveals HYDRA's true foundation as a cult that worships the ancient Inhuman Hive. HYDRA later appears in the final arc of Season 4 in the digital reality, the Framework, under the leadership of Madame Hydra/Aida. They return in Season 5 under the leadership of its last known leader, General Hale. They are currently set to return in the seventh and final season. 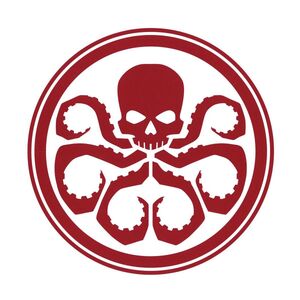 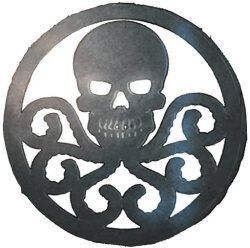 A Hydra Soldier in Marvel Ultimate Alliance 3: The Black Order.
Add a photo to this gallery

Retrieved from "https://villains.fandom.com/wiki/HYDRA?oldid=4291936"
Community content is available under CC-BY-SA unless otherwise noted.