Hadenya is a villainess in Yes! Pretty Cure 5. She is bird-like, and she can perform Avian Mimicry. She along with Arachnea are the only female employees of Nightmare. Hadenya is a strong woman, physically and emotionally. She expects Bunbee to serve her. She has respect for no one except Desperaia and occasionally Kawarino. She is a formidable opponent, especially in hand to hand combat. For comic relief she blows large kisses at Kawarino.

Prior to the events of the series, Hadenya along with the rest of Nightmare was present at the invasion of Palmier Kingdom. Once she found Natts and Coco, she started a personal vendetta against them. She shot razor-sharp feathers towards them, then the princes reached a cliff. Reluctantly, the two princes jumped off the cliff. Natts was heavily injured by this so the Dream Collet sucked him up and disappeared into the human world leaving Coco in tears.

Hadenya only starts to fight Pretty Cure in episode 31. When she first appears she turns mud into a Kowaina proving a difficult challenge for Pretty Cure. When Dream approached the two started to begin to fight. Hadenya shows impeccable ability in Hand to hand combat. She is able to turn Dream's offence into her defence and vice versa. She soon she gets her hands on the Dream Collet. She loses it rather quickly, but doesn't bother to get it back promising Pretty Cure she will return. She once attacked Cure Aqua whilst Milk was ill, tried to tempt Coco into snacking whilst on a diet, stop Komachi Akimoto and Natts from bonding.

Hadenya was given the black mask by Kawarino at episode 43, in which she refused due to her high pride. After being defeated in the 44th episode, Kawarino stepped in by himself and forcibly put the mask onto Hadenya, turning her into a Kowaina and eventually slain by the Pretty Cure 5. 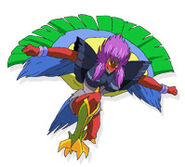 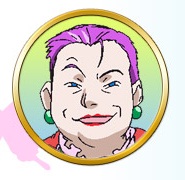 Hadenya's Human Form
Add a photo to this gallery
Retrieved from "https://villains.fandom.com/wiki/Hadenya?oldid=3773920"
Community content is available under CC-BY-SA unless otherwise noted.