Bring the Ultimate Magic World into existence.
Find the "Essence of Magic".

Hades, whose real name is Precht Gaebolg, is one of the major antagonists of the anime/manga series Fairy Tail. He was the overarching villain of the pre-X791 storyline before rising as the the main antagonist of the Tenrou Island arc.  He was one of the founders of Fairy Tail, the guild's second Guild Master, and the one who passed on the title to Makarov Dreyar. After leaving Fairy Tail, Hades later became the founder and leader of the Dark Guild, Grimoire Heart, until he was killed at the hands of Zeref.

He is voiced by Masashi Hirose in the Japanese version of the anime and John Swasey in the English version, the latter of whom also voiced Sir Crocodile and All For One.

Hades is a tall, elderly man with long, slicked back white hair, revealing his forehead, a mustache, and a similarly long yet mildly thin beard, reaching down to his lower chest in many curves. He has some wrinkles on his face, as evident of his extremely advanced age; nonetheless, despite this very age, his figure is muscular and well defined. His right eye is usually seen covered by a simple eye-patch, hiding away his Devil's Eye.

His regular attire consists of a dark shirt paired with armored shoulder pads and shiny gauntlets, as well as chain-mail covering the parts of his arms remaining exposed, simple light pants with flames near the edges, held up by what looks like a light belt composed of two straps with the relative buttons, possibly part of the pants themselves, and dark, simple shoes or boots. Over this outfit he wears a large, dark cape, bearing Grimoire Heart’s symbol on the back and sporting a mantle with a high collar, lighter-colored borders and jagged lower edges. Sometimes he’s also seen wearing a helmet matching his armor, with a prominent metal plate protecting his forehead, with two lines of studs on the front, siding his face and jutting out in a protrusion on each side, and a darker rear part, adorned by a crest reminiscent of those seen on Greek helmets.

After this first outfit was mostly destroyed and torn as a result of his fight with Team Natsu, Wendy Marvell and Laxus Dreyar, Hades requipped an unbroken, second one, highly reminiscent of the first, but with subtle differences: his shirt, gauntlets and cape remain the same, but his pants are now tucked inside a pair of dark greaves reaching up to his thighs, and their belt holds up a wide, dark waist-guard.

As Purehito, his physical features were almost the same, with only his mustache missing. However, it’s worth noting that the iris of his left eye was dark, while as Hades it’s light grey in color. He sported a light cape bearing Fairy Tail’s mark on the back, complete with a dark fur-lined mantle, and what looked like a loose robe below it. He also carried around a long staff, with its top shaped yet again like Fairy Tail’s symbol.

When using Devil’s Eye, his ears seem to get pointed, and his mustache and eyebrows jut out prominently upwards.

He seems to be calm and confident man who shows no signs of fear to his enemies, especially Makarov. He was described by Makarov as a "great Master who taught harmony and led the Guild to the proper path". He also called Makarov a "boy" despite his relatively advanced age, possibly implying a playful nature.

He reappears as Hades, Master of Grimoire Heart, and is now much darker of a person. When Makarov questioned him about his belonging to a Dark Guild he answered that "this world is full of things that cannot be measured as merely good or evil", implying an enlightened or a philosophical frame-of-mind, or perhaps, even a corrupted heart. He is shown to be very confident in his abilities, stating that he "dances with Magic freely", and has the will to destroy those who would hinder his path, as seen when he crushed Makarov with very little remorse.

Although he believes his strongest team, the Seven Kin of Purgatory, to be invincible, due to their Lost Magic abilities, he seems to be happy knowing someone can defeat them, possibly appreciating talent and apparently not caring very much about the ones he raised himself. He was especially happy when he learned that "Makarov's kids" had already taken out three of the Seven Kin, laughing out loudly.

Despite being the driving force behind Grimoire Heart, Hades is not entirely cruel. He admitted that fighting his former Guild Fairy Tail made him sad, but that he could live with it. He also wanted Makarov to just surrender to him in order to avoid a fight between the two, and he silently apologized to him when Bluenote Stinger got out onto the battlefield, as he didn't want things to escalate that far between them.

However, as the rest of Grimoire Heart is defeated and the only one left standing to take on Team Natsu is him, he displays a more wicked and cruel side of himself, and shows that he has very little care for his former Guild, complaining that Marakov changed Fairy Tail too much since his own tenure as Guild Master. He also insults his predecessor Mavis Vermilion, and reacts with subdued anger when Natsu calls him out for abandoning Fairy Tail's ideals in order to find the "Essence of Magic", unnecessarily shooting him repeatedly with Magic shots when Natsu was already past the point of fighting back. 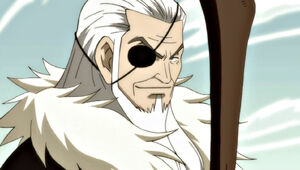 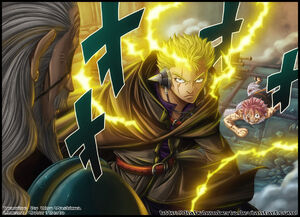 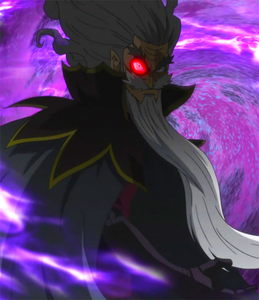 Hades' change with the limiter removed. 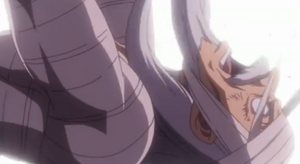 Hades is killed by Zeref. 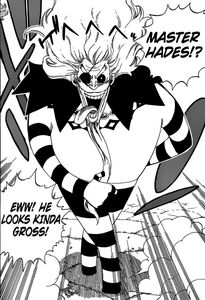