Lord of the Dead
God of the Underworld
Plouton

Greek God of Wealth and the Dead

Get his revenge on Kratos (failed).
Prevent the fall of Mt. Olympus (failed).

Hades is the God of the Underworld and a major antagonist in the video game God of War III. He originally started off as an ally towards Kratos, but after being infected by Pandora's Box, he (along with most of the God of Olympus) aided Zeus to kill Kratos.

He was voiced by Nolan North in God of War (2005), and Clancy Brown for the rest of the series.

Before Hades was born, an oracle forewarned Cronos that one day, all of his children would rebel against all the Titans. To prevent that, Cronos decided to eat his children and imprisoned them in his stomach. When it was Hades turn, Cronos managed to consume him. It is never really confirmed but it is likely that during his imprisonment, Hades' head fell into some stomach acid resulting in his deformed skull-like face.

After Zeus rebelled against Cronos and the Titans, Hades aided his brother in battling them. During the War, Hades engaged Cronos, himself and attempted to take his soul with his soul-stealing claws. However, Atlas interfered and managed to stop Hades with his Atlas Quake ability. Poseidon managed to weaken the Titan with his lightning magic and Hades took advantage of Atlas' weakened state, by tearing the Titan's soul from his body and absorbing it into himself. After Zeus banished the rest of the Titans to Tartarus, Hades, along with his godly brethren took control of the world, with Hades becoming lord of the Underworld.

Some time after the Great War, Hades had also kidnapped the Goddess; Persephone, brought her to the Underworld, and forced her to marry him.

Hades appeared before Kratos on his journey to defeat Ares in translucent form and gave the Ghost of Sparta a spell called the Army of Hades to help him on his journey.

After Zeus' defeat at the hands of Kratos, the king of Olympus called a meeting of the gods, which Hades attended. Zeus asked his brethren to help him kill the fallen mortal, to which Hades accepted. However the meeting was disrupted upon the arrival of the Kratos with the Titans, so as to begin the Second Great War.

With the Titans ascending Mt. Olympus, Hades quickly dropped down the side of the mountain to join Helios and Hermes in engaged the enemy. He succeeded in dislodging the Water Titan Oceanus from the mountainside.

After Kratos fell into the Underworld, he found himself continually taunted and challenged by Hades, who was determined not to let the Ghost of Sparta escape again. After Kratos finally managed to find where the god of the dead was lurking, he taunted his enemy from the shadows, reminding him of how he had wronged him by slaying his brother, Poseidon, his niece, Athena, and worst of all, his wife, Persephone. Hades swore to make Kratos suffer as he had suffered and emerged from the darkness. Hades first attempting to take the Ghost of Sparta's soul, but was unsuccessful.

A fierce battle began between the two with Kratos gouging out parts of Hades' body, such as Hades' Lung, and Kidney. Growing tired of Kratos, Hades attempted to drag Kratos into the River Styx.

However, Kratos managed to overpower Hades, and use both his Blades of Exile and Hades' claws to form a noose around Hades' neck. He started bashing Hades' head into the ceiling and dropped him into the Styx. Kratos then took the Claws of Hades for himself. But the God of the Underworld wasn't finished yet. Hades absorbed the tormented souls in the River Styx and emerged out of the River as a giant version of himself without his helmet. Hades and Kratos resumed their battle and the Ghost of Sparta finally managed to defeat him by using the Claws of Hades to tear out Hades' soul and absorb it.

Now without his rulership of the Underworld, the tormented souls of the Styx rose up and dragged him down into the river. With the soul of Hades enabling him to swim in the Styx, Kratos dove in and came across Hades' mutilated body with a hole torn in the stomach. Also with the god of the underworld gone, the souls once kept there poured forth, now free.

Unlike most of the other gods, Hades has no concern for what goes on in the mortal world and instead focuses all of his attention on the Underworld. If someone wrongs him in anyway, Hades is quick to become furious towards them and hold a grudge against them. He cared for his family, as he was angry at Kratos for killing many of them like his brother, niece, and wife.

Hades also seems to be a rather sardonic and vindictive individual, as seen in the time leading up to his confrontation with Kratos when he constantly taunted and mocked him. He also seems to be masochistic, since even when he is taking rather painful strikes, he says that he only enjoys it.

Being a god, Hades is immortal and cannot be harmed by common forms of attack. He has demonstrated the ability to grow in size, and a number of his powers draws from his control over the souls of the dead. Hades is enormously strong and skilled with the Claws of Hades, which he can use to tear the souls out of other beings that he can then absorb and grow stronger. Hades can also summon the Hands of Hades to grab his enemies. Hades is able to summon chains out of the ground that pierce his opponents, and can shoot a beam of spectral energy from his mouth. Hades is also able to regenerate from injuries by placing the flesh he lost back on his body, and was show to use telekinesis to attract the lost flesh back to his body. 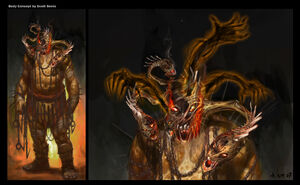 The Concept of Hades' Head 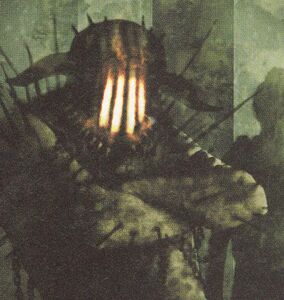 Hades in the God of War comics. 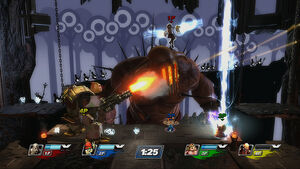 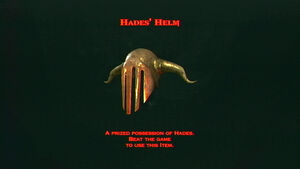 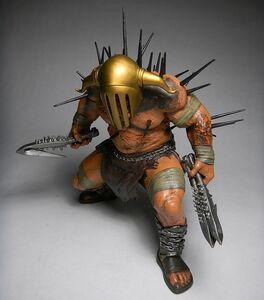 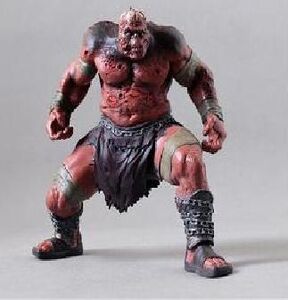 Hades Action Figure without his helmet. 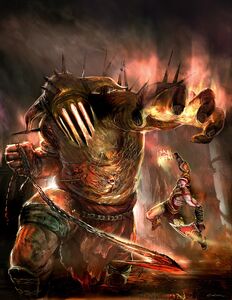 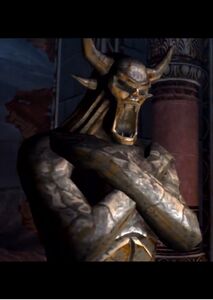 Statue of Hades in God of War. 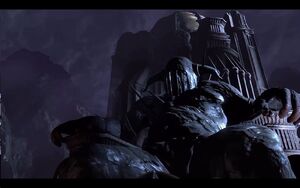 Statue of Hades in God of War III. 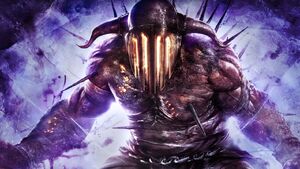 Hades in God of War: Ascension.
Add a photo to this gallery 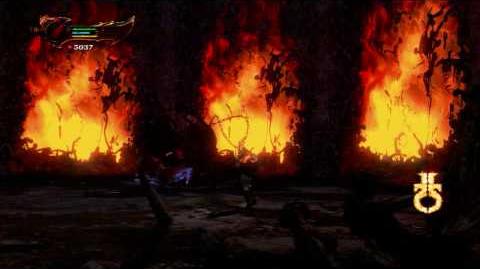 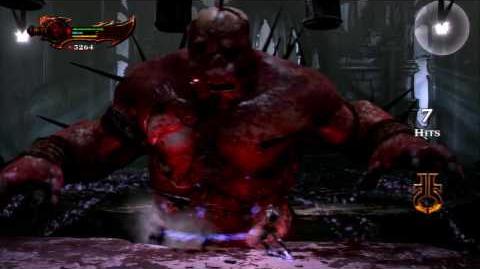 Retrieved from "https://villains.fandom.com/wiki/Hades_(God_of_War)?oldid=3564508"
Community content is available under CC-BY-SA unless otherwise noted.