Villains Wiki
Register
Don't have an account?
Sign In
Advertisement
in: Deities, Collector of Souls, TV Show Villains,
and 64 more

Hades (Once Upon a Time)

Torturing and playing with his subjects.

Make Emma and her friends leave the Underworld to avoid the release of souls (formerly; gave up).

Hades is a major antagonist in Once Upon a Time and the main antagonist in the second half of its Season 5. Based on his Disney counterpart, he is the god of death and ruler of the Underworld who rules over the souls of the departed and takes pleasure in using other villains as his suppliers of souls. He is the younger brother of Zeus and uncle of Hercules, and is the second oldest character in the entire series, being the god of death. Being an immortal deity, he is considered the supreme antagonist of the series.

He seeks to keep as many people trapped there as possible, leaving them with "unfinished business" for all eternity, however he has a hidden agenda in the form of restarting his heart, granting him the ability to leave the Underworld and gain absolute power over the realm of the living, along with using the Olympian Crystal, a weapon that is said to destroy souls and can even erase gods from existence.

He was portrayed by Greg Germann, who models his performance after Hades' aforementioned Disney counterpart.

Able to scare even Rumplestiltskin with a smile and a laugh, Hades's reputation as the merciless God of the Underworld always precedes him, striking terror into whomever is unlucky enough to cross his path. He carries himself with an air of supreme arrogance and smugness due to his status as a god and makes full use of his terrifying presence at every opportunity.

Contrary to his terrifying and dangerous reputation, Hades always greets everyone with a kindly smile and loves to make jokes in conversations with them both to throw his opponents off balance and because he literally has no reason to fear anyone as god of the Underworld. Even when he is defied he considers it more funny than irritating though he is quick to punish said defiance regardless of his outer mood.

However, underneath his mocking and contemptuous smile, Hades is supremely evil, petty, cruel, sadistic, and manipulative about the souls in his realm and has no qualms whatsoever about tricking, extorting, blackmailing or torturing (physically with Cora and psychologically Gold and Belle) to achieve his ends. While he does appear to have real love for Zelena (otherwise True Love's Kiss would not have worked), he is entirely shameless in being dishonest to even her about "doing everything for her", when in actuality he plans on dominating the living world and surpassing his brother using the Crystal.

-Divine Magic: Zeus was able to defeat Hades when he tried to use the Olympian Crystal to erase him out of existence and then curse him to make his heart cease to beat. Said curse was apparently unable to be lifted by Hades despite his enormous power. Zeus was also the one who cast Hades out of Olympus.

-Witchcraft: other magical beings can hinder or harm Hades using magic; depending on their power level. It was shown that beings with god-like magic; I.e. recipients of the chalice of the gods aka the Holy Grail’s magic can affect him. For example, The Sorcerer Merlin, who was the most powerful Light Magic user was able to keep Hades out of his Mansion even in his own Domain of the Underworld. 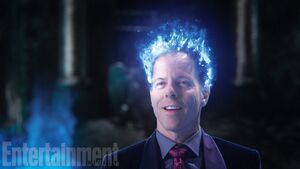 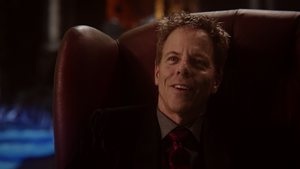