Destroy anyone who opposes their universal conquest.

The Hades Army are the main antagonistic faction for the first half of the Tokusatsu series Genseishin Justirisers. They are an army of malicious aliens led by Kaiser Hades and then later Majin Daruga seeking to conquer the entire universe and destroy the two planets that stand in the way of that goal, Earth and Riser.

They are later revealed to be a branch of the Daruga Imperial Army.

After destroying the Planet Riser, Kaiser Hades and his army turn their attention to Earth. However, they encounter resistance from Nolun and her fleet. Ultimately, Hades' flagship would crash onto Earth during Japan's feudal era and Hades himself would be sealed away by Nolun.

However, remnants of the Hades Army survived and, under the leadership of Doctor Zora, set off to Earth to unseal Hades. After uncovering Hades' location in the Kamishiro Mountain, Zora set off to destroy the 7 Stellar Plates used by Nolun to seal Hades. However, she and the rest of the Hades Army encounter resistance in the form of the Justirisers.

However, Zora and her forces manage to succeed in unsealing Hades, though Zora is destroyed by the Justirisers not long after. After being unsealed, Hades takes direct control of the army and summons General Bachuss and his Death Commandos to serve him. The Hades Army also gained another ally in Demon Knight after wiping his memories.

Following the death of Bachuss, Hades attempted to destroy the Earth with the Magnesheldar and Sonic Crusher. This plan was ultimately foiled by Shirogane, and Hades was destroyed by JustiKaiser soon after. 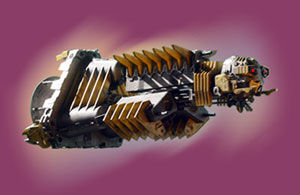 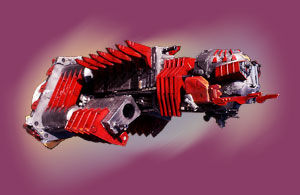 Black Mateo
Add a photo to this gallery

Retrieved from "https://villains.fandom.com/wiki/Hades_Army?oldid=3813217"
Community content is available under CC-BY-SA unless otherwise noted.