Leader of the Infershia Pantheon

Aid the N Ma in his goals.

Hades God Dagon is the leader of the Infershia Pantheon and the secondary antagonist of the third half of Mahou Sentai Magiranger.

After N Ma was destroyed by Isamu's sacrifice, it activated a fail safe in the awakening of the Infershian Pantheon. Once revived, with Vancuria as a witness, Dagon and the other Hades Gods rose from the Earth and he introduced them, saying they were the humans' punishers and have surfaced to tell humans to wallow in despair for the judgment they will execute. As Hikaru explained to the Ozu siblings, the Infershian gods' punishment on the surface can not be interfered as the act would threaten Magitopia while ensuring the return of N-Ma in his full glory.

As the Magirangers battle the gods chosen to deliver judgement, Dagon realizes that there is no sign of N Ma's return and learns that his master's soul was sealed within the body of Isamu as Wolzard. Resolving to deal with Wolzard, acting against their laws with Sphinx's disapproval, Dagon arranged for Slepnir to aid Drake in fighting the Magirangers together to lure Wolzard into the open so Vancuria can place one of Dagon's scales on the dark knight. From there, with Wyvern and Titan accompanying him, Dagon finds Wolzard and defeats him while taking N-Ma's soul. When Titan attempts to enter a deep sleep after being chosen to be N-Ma's vessel, Dagon murdered him to ensure his master's rebirth.

After he and Slepnir execute Sphinx for her refusal to carry out her judgment as ordered by N Ma, Dagon leads the attack on the surface and destroys Smoky before dragging Miyuki Ozu into Infershia to show her the futility of fighting the darkness. However, Dagon was confronted by Sphinx who was revived by Vancuria. Though Sphinx tries to convince him that N Ma caused too much death, Dagon refused to forsake their leader as he dies fighting.

During the events of Super Sentai 199 Hero War, Dagon is revived by the Black Cross King to battles Gokai Blue, Gokai Pink, Gosei Blue, and Gosei Pink within his own subspace before the four Sentai warriors defeat him. However, in a final gambit by the Black Cross Colossus, Dagon is revived again along some of his follow Hades Gods before they are all destroyed by the combined finishers of many of the previous Sentai teams' giant robots.

Dagon is later revived again during the events of Super Hero Taisen as a member of the Dai-Zangyack Empire, who later united with Dai-Shocker to battle the army of Super Sentai and Kamen Riders, including the Magirangers. He is seen fighting Kamen Rider Shin In the background of the first aerial scene, then with Miss America of Battle Fever J. Although his partners Sleipner, Cyclops and Drake were killed by the Magirangers, Dagon was instead destroyed by Kamen Rider OOO with Scorpion Man, Ghoster, and Isoginjaguar.

Dagon is extremely devoted to N Ma, seeing him and the powers of darkness as an absolute. Although his devotion to N Ma is purely fanatical and doesn’t truly love him, rather viewing him as a sort of “movement.” Furthermore even though he preaches the law of the Infershia Pantheon he is a complete hypocrite as he has shown one instance of doing directly against it. This was when he pursued Blagel still in his Wolzard form because he contained N Ma’s soul. By taking action he defied their rules by taking many members to hunt despite there being the time of judgement. 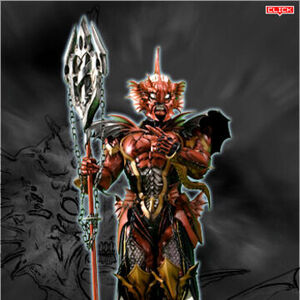 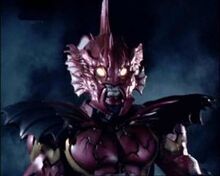 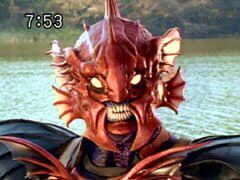 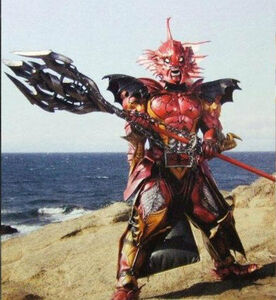 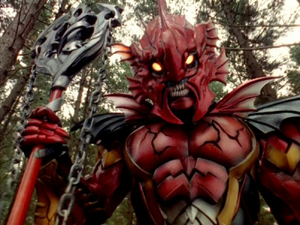 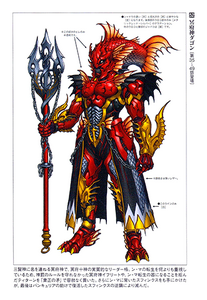 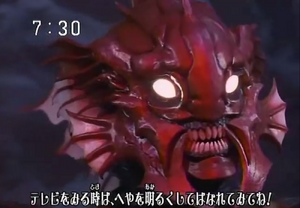 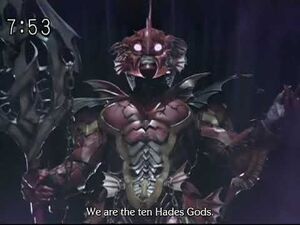 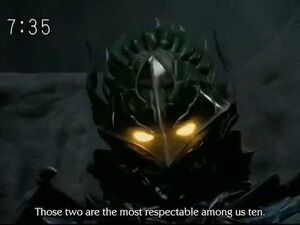