Hael is a minor antagonist appearing on the CW television series Supernatural.

She is played by Grace Phipps.

In the Season 9 premiere "I Think I'm Gonna Like It Here," Hael meets Castiel at a gas station. The two of them sit and talk, and Hael recounts how she was in Heaven before Metatron cast a spell to banish all angels to Earth; she remembers falling for what seemed like forever.

Castiel encourages Hael to embrace free will, and she expresses a desire to visit the Grand Canyon (which she created thousands of years ago). However, when Dean Winchester calls Castiel for help and Castiel says he has to leave, Hael begs him to stay. When Castiel insists on going, Hael knocks him out with a wooden plank.

Later, Castiel regains consciousness to find himself in the passenger seat of a car being driven by Hael, who reveals that her human vessel is wearing down and that she needs to take a new vessel, then informs Castiel she's going to possess his vessel, Jimmy Novak. Castiel surreptitiously fastens his seatbelt before causing the car to crash, sending Hael (who isn't wearing a seatbelt) crashing out of the windshield.

Castiel gets out of the car and confronts a bloodied and injured Hael, who angrily vows to reveal his location to the angels before Castiel stabs her with his angel blade, killing her. 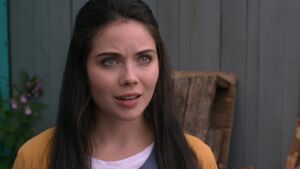 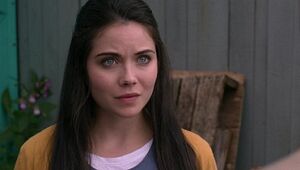 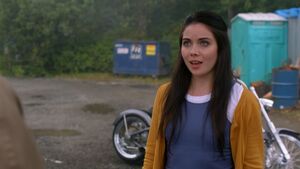 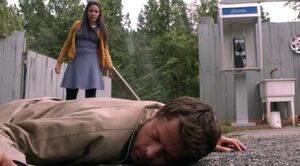 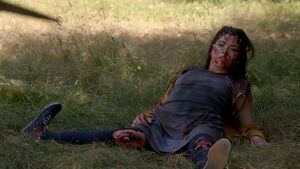 Hael injured after the car accident. 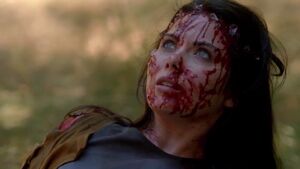 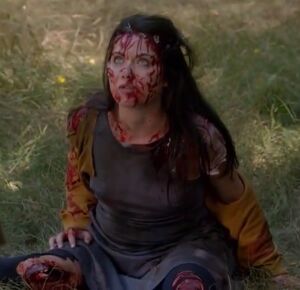 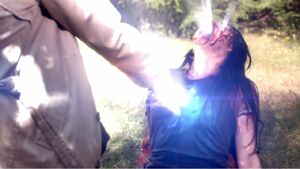 Hael's death.
Add a photo to this gallery

Retrieved from "https://villains.fandom.com/wiki/Hael?oldid=3773923"
Community content is available under CC-BY-SA unless otherwise noted.