Shaman
Commander of the League of E.V.I.L.

Curse and claim the Blackwald and Gilneas as her domain. (failed)

Hagatha the Witch is a recurring antagonist in the Warcraft spinoff Hearthstone: Heroes of Warcraft. She first appeared in The Witchwood as the main antagonist, where she infects the Blackwald near Gilneas with a powerful curse. Hagatha later reappeared in the story arc of the Year of the Dragon, teaming up with the other Hearthstone: Heroes of Warcraft villains as one of the leading members of the League of E.V.I.L..

An mysterious witch of orcish origin, not much is known about Hagatha except that she is cunning, powerful, and hopes to engulf the city of Gilneas in her curse. When Hagatha curses forest known as the Blackwald, it becomes a malignant force of nature known as the Witchwood, full of nightmarish creatures created from her own dreams and despair. She appears as a collectible hero card in The Witchwood, with a hero power that grants her an endless supply of spells whenever she plays a minion, showing the true extent of her shamanic powers.

Hagatha likes to talk in rhymes and riddles when casting her spells, but is quick to anger and is very vengeful. She tends to detach herself from society and work alone, suggesting that she does not like other people very much. When she teams up with the League of E.V.I.L., she frequently argues with her co-conspirators, growing frustrated with Togwaggle's stupidity, Dr. Boom's constant jokes, and Rafaam's self-aggrandizing egotism. The only reason she seems to work with them at all is their common interest for revenge, which Hagatha wants greatly. In Rise of Shadows, she earns the rank of Swampqueen and uses her foul magic to create a Drustvar Horror, which in turn is capable of casting two shaman spells.

Hagatha appears as the main antagonist of the Monster Hunt game mode, sending monsters and curses after the Gilnean monster hunters as they enter what she claims as her domain. When the witch is discovered by the hunters, Genn Greymane tasks them with driving Hagatha and her malevolent forces from the woods, and she serves as the final boss when a run with each monster hunter is completed.

Hagatha is the second villain summoned by Madame Lazul, who had been tasked with gathering a team of villains. When the other Hearthstone: Heroes of Warcraft villains are gathered, Arch-Thief Rafaam offers them positions in his new League of E.V.I.L., which Hagatha gladly accepts to get her chance at revenge against any meddlesome heroes.

In the second chapter of The Dalaran Heist, Hagatha leads the attack on Violet Hold, where she hopes to release all the prisoners to distract the city guards. Hagatha entrusts this task to Vessina, a shaman Sethrak who is the witch's sidekick. At the end of the chapter, Hagatha is pleased with the chaos she has created, and unleashes the monsters to run rampant in the streets.

Hagatha does not play a major role in Saviors of Uldum, but is presumably still at large following the successful heist of Dalaran. In the card Corrupt the Waters, Hagatha is shown summoning Mucklings from the lake as the League of Explorers fights the E.V.I.L. minions and Plague Lords.

In Galakrond's Awakening, Hagatha is known as Hagatha the Vengeful, and is either a playable Shaman hero or a boss encounter, depending on if the player sides with the heroes or villains.

In the Explorers campaign, Hagatha is fought by Alexstrasza atop Wyrmrest Temple, where she gloats about the League of E.V.I.L.'s plans to summon Galakrond. Her Hero Power transforms a friendly minion into one that costs 1-3 more, using the Evolve mechanic. Alternatively, in the E.V.I.L. campaign, Hagatha wishes to unlock a legendary weapon, and ignores Rafaam's warnings before fighting Nithogg, a storm dragon. 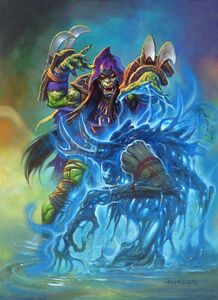 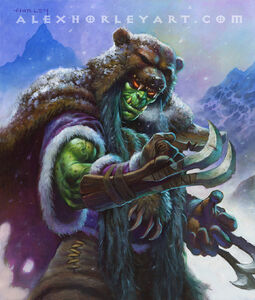 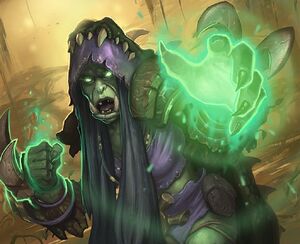 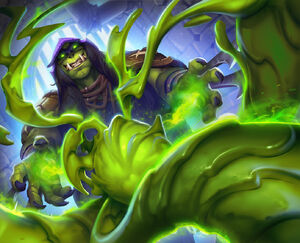 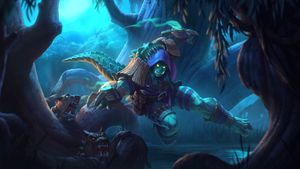 Hagatha is driven out of the Witchwood by the Gilneans. 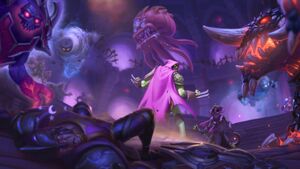 Hagatha in The Dalaran Heist. 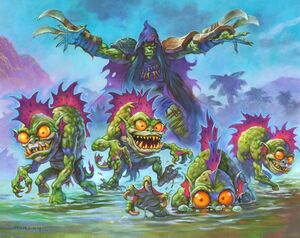 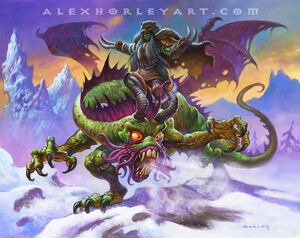