After the dissolution of DARK

Conquer the world with the Giant Devil.

The Hakaider Squad (in Japanese: ハカイダー部隊, Hakaida Butai), alternatively known as Hakaida Force, are a team of evil robots from the Kikaider franchise, appearing as major antagonists in the 1970s Android Kikaider manga by Shotaro Ishinomori, the tokusatsu series Kikaider 01 and the OVA Kikaider 01: The Animation.

The tokusatsu version of the four Hakaiders have also the ability to turn into monsters: Silver Shrimp (Silver Hakaider), Blue Crocodile (Blue Hakaider), Red Centipede (Red Hakaider), and Black Dragon (Gill-Hakaider). It is interesting to note that despite being called Black Dragon, Gill-Hakaider monster form looks more like a golden dragon. They have the ability to merge together to form a powerful robot called Gattaider. They also utilize robot footsoldiers called Androbots.

Following the defeat of DARK, the Hakaider Squad assembled together under Gill-Hakaider, who directed them to pursue a young boy named Akira, as he held the plans they needed for world domination. The four Hakaiders, assisted by the Androbots, attempted to capture Akira, but were stopped by Kikaider 01, the "older brother" of Jiro/Kikaider, who emerged to stop them.

Later on, the Hakaider Squad faced another obstacle when the mysterious SHADOW organization emerged also seeking to capture Akira and his brother Hiroshi in order to use the blueprints tattooed onto them to construct the Giant Devil robot Professor Gill had devised, leading to a three way battle between the Hakaider Squad, Kikaider 01 and SHADOW. 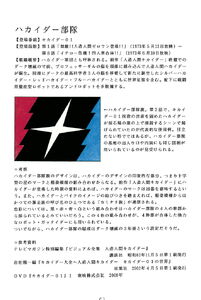 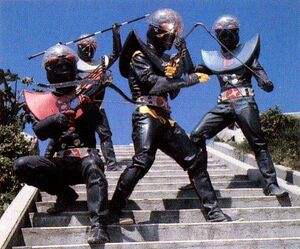 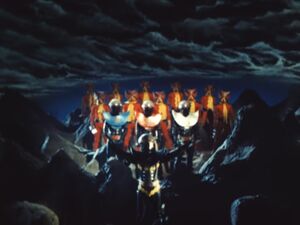 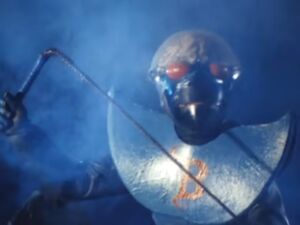 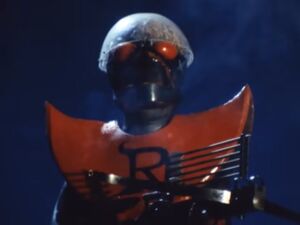 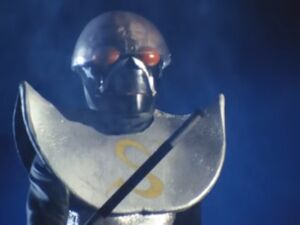 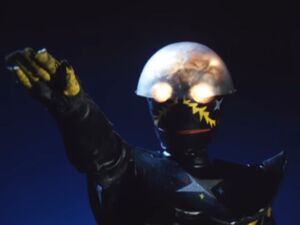 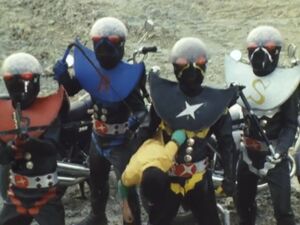 Hakaider Squad with a kidnapped Akira. 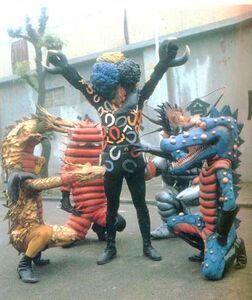 Promotional image of Gattaider, surrounded by the monster forms of the Hakaider Squad. 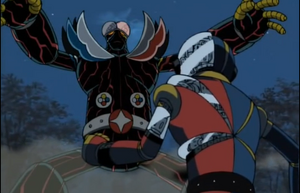 Gattaider in the anime.
Add a photo to this gallery

Retrieved from "https://villains.fandom.com/wiki/Hakaider_Squad?oldid=4155594"
Community content is available under CC-BY-SA unless otherwise noted.