NOTE: This article is about the 2009 version of Hamegg from the 2009 film adaption of "Astro Boy". The mainstream version can be found here: Ham Egg.

Force any robot to fight in his arena

When he got introduced in the first place, Hamegg was seen as a good-natured, happy-go-lucky, astute, magnanimous, encouraging, gentlemanly, great-hearted and benign individual, even to the point of being a brief father figure to the orphaned children under his care and to Astro Boy when he first met him. However, it is not after scanning Astro by accident that he revealed himself to be harshly haughty, abrasive, mean, erudite, grouchy, gluttonous and malicious, as Hamegg forced the robot boy to participate and fight in the former's robot battle ring, and then attempted to zap both Astro and Zog when they refused to clash against one another. Hamegg is also shown to be a coward when he tried to prevent Zog from stomping on him by mentioning the Laws of Robotics against it to no avail. However, he does show respect and mercy when Astro rescues him from being crushed by Zog's foot.

Later, Hamegg attempts to leave but is stopped by the kids, with the assistance of Zog, so they can use his car. Although he most likely lived as he was only seen be carried by Zog, Hamegg's fate remained ambiguous. However, it can be implied that he reformed. 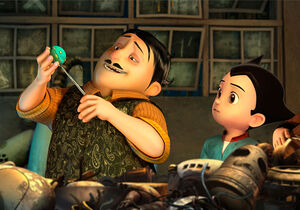 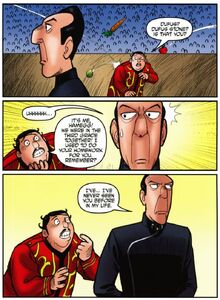 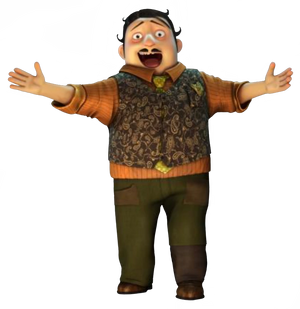 Hamegg render
Add a photo to this gallery 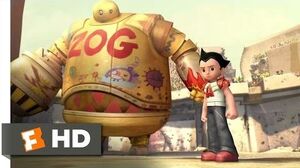