Pin all his crimes on Herman Scobie (failed)

Hamilton Bartholomew, also known as The Piano Man, is the main antagonist of the Criminal Minds episode "Unknown Subject". He is a serial rapist who appears to be targeting his former victims to remind them he's still in their lives. He is also mentioned in the Season Eight episode "The Fallen".

He was portrayed by Jay Karnes.

Hamilton was a skilled piano player and appears to do this for a living. However, he had applied for at least one other job which ran a background check, including fingerprints. According to Hamilton, he proposed to his wife while playing "Total Eclipse of the Heart".

While attending a bar that he frequented, Bartholomew saw a woman named Regina Lampert picking up a guy. She picked up another guy the next night, and then the next. Eventually, Bartholomew approached Regina and offered her a cigarette. Regina accepted, not realising the cigarette was drugged, and passed out. Bartholomew then kidnapped her, tied her up with piano wire and raped her while wearing a mask and playing a tape of "Total Eclipse of the Heart". Regina had not taken the right amount of the drug and returned to consciousness mid-rape.

Eventually, Regina was released (with Bartholomew not realizing he had left a fingerprint on her glasses), but the piano wire left such horrible scars that her fiancé left her and she herself was traumatized to the point of wanting to torture and kill her attacker. Bartholomew later went on to rape a number of other women, some of whom didn't come forward. He always made sure to play a different piano ballad and tie his victim with wire, earning him the moniker "the Piano Man".

At some point, Bartholomew discovered that a man named Herman Scobie was impersonating him in order to rape his old victims. Seeing this as the perfect way to prevent any further investigation, Bartholomew decided to attack a previous victim using his original MO and plant evidence incriminating Scobie to make it appear Scobie was the Piano Man all along.

In the episode, Vanessa Campbell (a previous victim) is attacked by Bartholomew in her home. Bartholomew makes sure to play the same song he played while raping her before kidnapping and strangling her. He then plants evidence to show that the killer was the same person doing the new rapes (whom the BAU believed was the original Piano Man).

Later, Bartholomew is playing "Total Eclipse of the Heart" in a bar when Regina recognizes the song and asks him to stop. She then tricks him into escorting her to her car before tazing and abducting him. She ties him up with piano wire and accuses him of raping her. He denies it was him and claims he wasn't playing "Total Eclipse". She ignores this and shoots him in the hand.

After seeing on the news that Scobie has been arrested as the Piano Man, Bartholomew mocks Regina and admits having sex with her, but claims it was consensual. Meanwhile, the BAU finally work out that Scobie is not the Piano Man and discover that Bartholomew has been reported missing. They connect Regina to his disappearance and get his fingerprints from the background check at his old job to compare to the one he left on Regina's glasses.

Agents Hotchner and Prentiss go to rescue Bartholomew. He escapes his restraints and calls 911. When the agents arrive, Regina is seconds away from executing Bartholomew until Prentiss tells her that his prints didn't match, so he must be innocent. Regina releases Bartholomew on discovering his innocence. Hotchner then reveals that this was a lie to prevent her from killing him before arresting Bartholomew for the rapes. 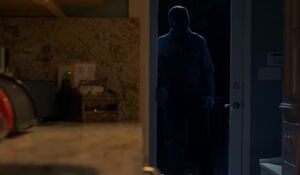 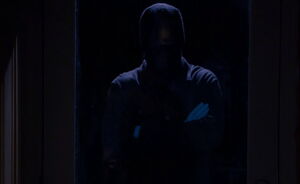 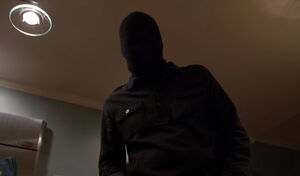