To destroy the mansion of Zeniru (failed).

Brutish Anarchist
Hammerhead is a villain from One Punch Man. He is an out-of-work slacker with no desire to find himself a job, so he stole various prototype combat suits and created the Paradise Group along with various other men without jobs, with the intent of changing society so that those who don't want to work won't have to.

He was voiced by Wataru Takagi, who also voiced The Joker in Batman Ninja, and Edward Bosco, who voiced Devo in JoJo's Bizarre Adventure.

Using the stolen suits, the group starts causing havoc around the city, destroying a building and confronting the police and C-class hero Mumen Rider, who are unable to fight them as they advance destroying everything in their path. They go after the building of Zeniru, the richest man in town, but they are confronted by Sonic, who was under the employ of Zeniru at that time. Sonic easily kills all of them except for Hammerhead, who manages to defend himself and starts throwing boulders at Sonic. Though Sonic dodges them, he notices they created a straight path, as Hammerhead attempts to counter Sonic's speed by drawing him directly towards him. despite that, Sonic still goes straight on the path, so Hammerhead uses a large tree to crush him, but fails as Sonic appears behind him and throws a kunai on his head, which instantly knocks him out.

As Sonic talks on the phone with Zeniru, Hammerhead escapes, but is stopped by Saitama, who was after the group as well. Hammerhead punches Saitama, but it has no effect on him, so he attacks Saitama by spinning his arms, though Saitama easily blocks the move and punches him, obliterating the armor and leaving Hammerhead naked. Hammerhead pledges for mercy, so Saitama lets him leave if he stops causing trouble. During his escape Hammerhead intercepted by the monsters who owned the combat suits he stole, leaving him behind to die. Hammerhead survives thanks to his thick skull and promises to go find a job. 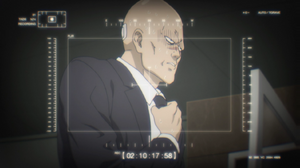 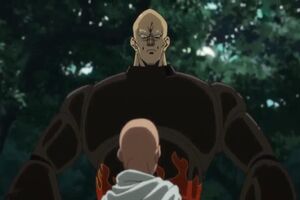 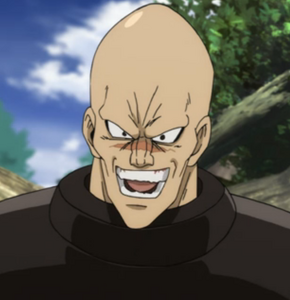 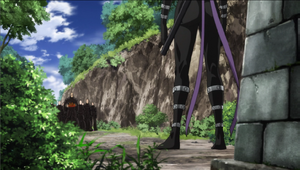 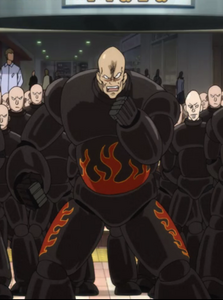 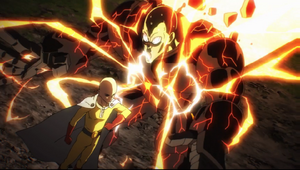