One of Norman Osborn's lieutenants

Normal: Incredibly strong, expert gunman
With the Fragment: Gattling gun and cannon attached to his arms

Insulting and attacking his men, working for Osborn

Protect the Fragment from Spider-Man for Norman Osborn (formerly).

Use the Fragment to kill Spider-Man and Osborn so he can take control of New York City (both failed).

Joseph Lorenzini, better known as the Hammerhead, is an antagonist in the 2010 video-game Spider-Man: Shattered Dimensions. He was one of the central antagonists in the Noir universe.

He is voiced by John DiMaggio.

In this game, the Hammerhead began his life as a circus freak. His boss, Norman Osborn, eventually saved him and took him in as his Loan Shark.

Like most criminals in the Noirverse, the Hammerhead was loyal to Norman Osborn. As revealed through dialogue though, he also held the Goblin in disdain until he betrayed him entirely after unleashing the full power of the Fragment. The Hammerhead was extremely short-tempered and arrogant, towards his own men in particular, once even brutally beating a thug for telling him the bad news, that his foe, Spider-Man Noir, was winning.

Up until using the fragment, the Hammerhead did not seem to have superhuman abilities but rather was very strong. Noticeably, his forehead was the strongest part of his body which is how he got his name and his head butts were brutal, to the point were they completely incapacitated Spider-Man. He carried two large Tommy guns which he also used in combat and fought against Spider-Man with an automatic Gatling gun once. Furthermore, the Hammerhead has some level of intelligence as he tricked the Spider twice by luring him into a trap and into letting his guard down for an attack.

After coming into the possession of and finally utilising the fragment, the Hammerhead grew a Gatling gun and a cannon on both of his arms. He also became much more stronger during his fight with Spider-Man whom he was able to evenly duel.

During the first two phases of his fight, Joseph will attack by using his guns. Spider-Man has to blind him, then get high. The second phase is similar, but Joseph's rage makes it harder and you have to hit him twice from the rafters in his arena in order to progress.

During this section of the battle, Joseph Lorenzini and Spider-Man will go head to head. After he gets beaten again, Joseph will drop the fragment he was carrying, before reverting to normal off-screen. 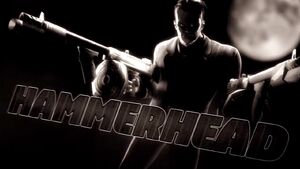 The Hammerhead makes his entrance. 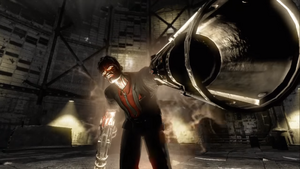 The Hammerhead being empowered by the Fragment. 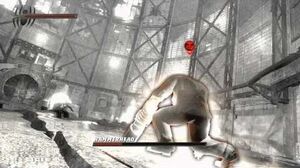