Toire no Hanako-san
The Girl in the Bathroom

Hanako-San, also known as Toire no Hanako-san (トイレのはなこさん, "Hanako of the Toilet"), is a villainous youkai from Japanese folklore. Hanako-San herself is a popular urban legend, comparable to Bloody Mary for the west.

Due to its nature as a urban legend, there is various origins explaining how Hanako-San became a youkai. Some notable origins has Hanako-San being the ghost of a girl who was murdered while playing hide-and-seek during a World War II air raid, a victim of a plane crash, the lingering soul after a successful suicide or a victim of Atomic bomb of Hiroshima or Nagasaki. Regardless of origin, the story mostly agree that she died in the third stall of the third bathroom, and her specter now resides in there. To summon Hanako-San, the person summoning her must walk into a girl's bathroom, knock thrice, and ask if she is there. Depending on the version, the summoner might find themselves being dragged off to Hell (either by an ethereal hand or Hanako-San herself) or become the latest meal for a three-headed lizard. 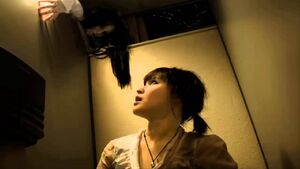 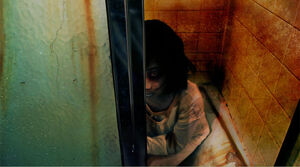