Hanbei Takenaka is the strategist of Hideyoshi Toyotomi, also a rival of Kojuro Katakura. He is such a good strategist, that he even anticipated Motonari Mori's moves.

He usually wears a purple mask covering some parts of his face and has white hair. Hanbei's weapon is a whip sword, a extendible sword which has a great amount of speed along with his movements. His element is darkness. 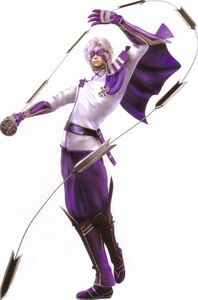 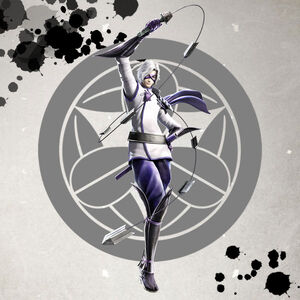 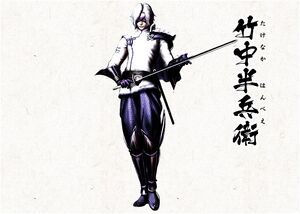 Retrieved from "https://villains.fandom.com/wiki/Hanbei_Takenaka?oldid=3773931"
Community content is available under CC-BY-SA unless otherwise noted.