Villains Wiki
Register
Don't have an account?
Sign In
in: Articles under construction, Mature, Kimetsu No Yaiba Villains,
and 26 more

Escape from his crime

Cowardly Liar
Hantengu is a major antagonist in Demon Slayer: Kimetsu no Yaiba manga and anime, being a member of Twelve Demon Moons and the (former) Upper Moon Four. He is the main antagonist of the Swordsmith Villiage Arc.

Hangtengu was once a human thief and murderer who pretended to be innocent through his elderly appearance and frail look, constantly blaming others for his crimes.

While having several other personalities and emotions shown through his clones, the primary personality of Hangtengu is no doubt nothing but an embodiment of fear and cowardice themselves. Even during his time as a human, Hantengu kept using his age and condition as an excuse, trying to weasel away from his crimes and blaming anyone, or anything - like his very own hand.

After turning into a demon/oni, Hantengu remained his human traits. While being an obviously cruel and horrendous demon who killed hundreds of lives, Hangtengu established that he is still a deluded person, who kept blaming others and trying to pretend, or even to believe it himself, that he is fully innocent. 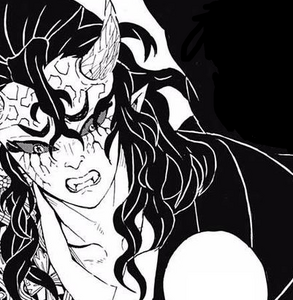 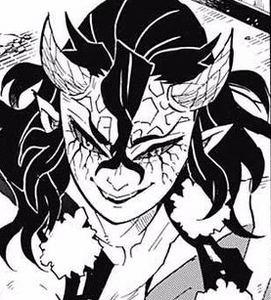 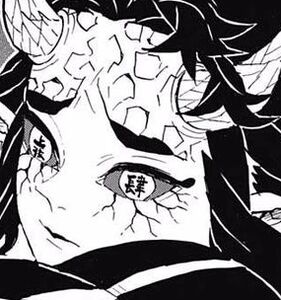 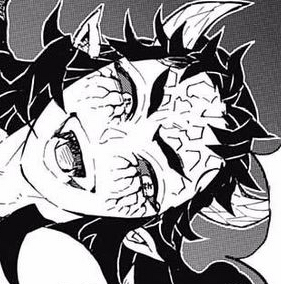 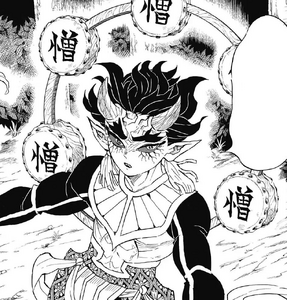 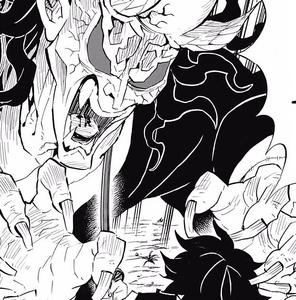