Terrorist
Member of the Goth Punks

Help with the shooting (succeeded)

Hanzou is one of the three secondary antagonists (alongside Alucard and Cyclops) in Pico's School. They are a sword-wielding ninja who is one of Casandra's minions.

Hanzou has a interest in Japanese culture, mostly anime and manga. As such, they try to emulate the techniques ninjas use, mainly through their quick speed and ability to fight despite the odds being stacked against them. While the canonicity of the statement is debatable, in Pico's School: Love Conquers All, they state that never wanted to kill the students, but didn't want to disappoint Casandra.

With blue eyes and brown hair, Hanzou is a ninja with their costume color's being mainly dark blue. He also wears a red cape and yellow and red goggles, on top of wielding a katana with a yellow hilt.

In Pico's School, Hanzou is seen in the girl's bathroom. After talking to Pico about cutting his genitals using their katana, the fight starts between the two. Everything goes dark and Pico tries to shoot Hanzou's x-ray goggles by seeing the light before he gets by the blade. When killed, Hanzou will drop their goggles.

In Pico Roulette, Hanzou is a playable character.

In Pico's School: Love Conquers All, Hanzou was seen in the boys bathroom, and it shown that when Pico and Casandra confront them, Hanzou said that they never wanted actually to kill people. They wanted to do so because Casandra was the only person nice to them and they truly never wanted to do it, but they were worried that they would let the Goth Punks or Casandra down. They also explain how they are bullied because of their liking of Japanese (presumably Otaku or Hentai) culture. Pico then tells Hanzou that is he is also a big manga fan with such works as Akira and Bubblegum Crisis. 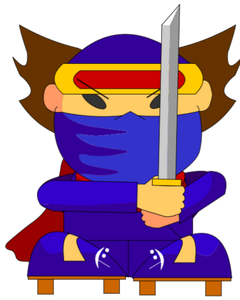 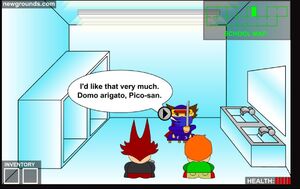 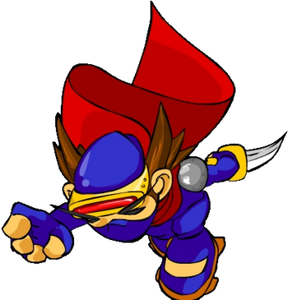 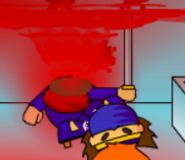 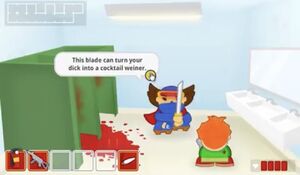