Wipe out Men of the West and North (failed).

The Haradrim are a hostile species in the novel The Lord of the Rings and its film adaptations.

They were a race of people from the Southern lands of Middle-earth who joined Sauron during the War of the Ring, becoming dedicated soldiers to the Dark Lord against Gondor, particularly during the battle of the Pelennor Fields.

The Haradrim lived in the hot, arid Southlands of Middle-earth, where the conditions were terrible and as such it was all but impossible for life to flourish. But nevertheless, some groups of men settled here and via a nomadic lifestyle and also the lush jungles found in some parts of Harad, managed to survive and even flourish. Coming to be ruled mercilessly by Numenoreans who had been corrupted by Sauron, the Haradrim came to hate the men of the North and West, and as a result turned to worship Sauron, unaware that he was, in fact, the cause of their woes. Soon becoming some of his most fanatically dedicated servants, the Haradrim readily agreed to join in Sauron's war on the Men of the West and North, in particular, Gondor, who were supposedly descended from the Haradrim's old oppressors. Tribes that were more reluctant to join Sauron were "persuaded" by the Dark Lord's emissaries.

During the climactic battle of the Pelennor Fields, the Haradrim made their presence known by riding into battle atop their massive war-beasts the Mumakil, smashing into the Rohirrim mercilessly. Though some Mumakil were slain, overall the Haradrim proved to be a devastating counter to the Rohirrim and were it not for the timely arrival fo Aragorn, Legolas, Gimli, and the Army of the Dead the Haradrim's efforts could have succeeded in condemning the Men of the West to annihilation. Instead, it was the Haradrim who faced near-total extermination at the hands of the Oathbreakers.  However, despite both this and Sauron's demise shortly after, the Haradrim continued to fight, earning them the respect of their enemies. Eventually, the Haradrim ceased in their efforts and at last made peace with their age-old enemies, being given Sauron's old lands as an olive branch. 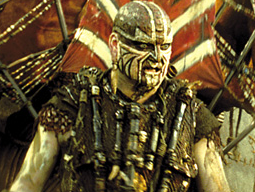 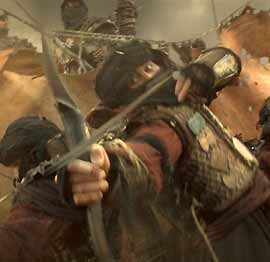 Haradrim archer fighting from atop a Mûmakil and taking aim. 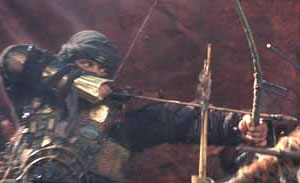 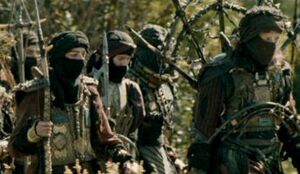 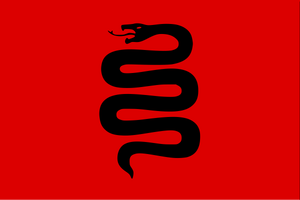