He is the psychothic leader of a ship of vikings from the year 1003, routinely raiding villages and the lands of the english.

Jaekelsson lead his crew in a raid on Lakstad, with his crew destroying the town. Jaekelsson and his crew murdered all the men and children of the town, and had their way with the women before killing them as well. While the crew celebrated their raid with food and drink, Jaekelsson informed his men that they would sail to the New World, where they would be free to raid and pillage unopposed. As Jaekelsson's crew set sail, the town wise man, the sole survivor of the raid, called out a curse upon the Viking crew. Calling on the power of a rune stone, the wise man damned the Vikings to sail for a thousand years without reaching their destination, only to be killed with an arrow fired by Jaekelsson.

As the curse takes effect, Jaekelsson's crew sailed the seas day after day, year after year, never spotting land in any direction, for a thousand years, until, in modern day, Jaekelsson's ship arrived in New York . Making landfall, Jaekelsson and crew immediately begin slaughtering every citizen in sight, with many of their victims believing the scene unfolding before them to be a film shoot, or a prank set up for a hidden camera television program. As the citizens realize the situation is real, they flee, drawing the attention of officers, a number of whom Jaekelsson personally dispatches.

As his crew spread into the surrounding city causing mayhem and destruction, Jaekelsson was brought a young woman by his crew as a sexual offering. Before Jaekelsson could rape the woman, Thor appeared in the sky, and rescued the woman from the Vikings. Thor then challenged Jaekelsson to combat, but was taken off-guard when Jaekelsson appeared unaffected by a strike to the chest from the hammer Mjolnir, the knock back of which broke both of Thor's wrists. Finding Thor no threat, Jeakelsson dismissed his crew to begin pillaging the city, and proceeded to pummel the God of Thunder. Despite Thor's best effort, all attempts to attack Jaekelsson resulted in further injury to himself. With Thor too exhausted to put up a defense, Jaekelsson took chains and used them to anchor Mjolnir around Thor's neck, before kicking the God of Thunder into the East River.

Jaekelsson's army then managed to slaughter a large numbers of NYPD officers and US Soldiers and force the Avengers to retreat. Eventually Jaekelsson made a throne for himself with the bones of his victims.

With the help of Doctor Strange, Thor managed to bring to the present three warriors from different time periods who are all related to the wise man who cursed Jaekelsson in the past.

Gaining the upper hand, Jaekelsson began choking Thor, bringing the God of Thunder to his knees. As Thor began to pass out, Jaekelsson questioned Thor's companions as to why they were not intervening. To Jaekelsson's surprise, Thor's companions were confident that Thor would prevail, as he was a true God, and Jaekelsson a walking corpse. Distracted by their words, Jaekelsson did not notice Thor regain his wits, at which point Thor delivered a hit so powerful Jaekelsson's body was flung into space, dooming him to float aimlessly in the vacuum forever. 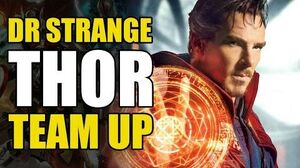