Leader of Children of Hargon

Appeasing and praying to Malroth

Kill the hero and his party.

Hargon is a corrupt cleric, the one responsible for the destruction of the Kingdom of Moonbrooke, the resurgence of monsters in the world, and the main antagonist of Dragon Quest II (previously known as Dragon Warrior II). He reprises his role as the main antagonist in Dragon Quest Builders 2, serving as the enforcer of the hegemonic sect known as the Children of Hargon.

Seeking to summon Malroth, Hargon has sent his minions to siege various settlements. His minions attack the Kingdom of Moonbrooke, where the King attempts to save his daughter but ends killed along with everyone. The Princess of Moonbrooke; a descendant of The Legendary Hero, Erdrick, manages to escape the assault but ends up cursed into a dog form. An injured knight manages to escape the burning castle and deliver the news to the King of Midenhall before perishing, so the King sends his son, also a descendant of Erdrick, to go after Hargon and stop his plans.

The Prince of Midenhall joins forces with the Prince of Cannock (also a descendant of Roto), and the two break the curse upon the Princess of Moonbrooke, who also joins them. The trio travels the world and defeat all of Hargon's minions, eventually confronting Hargon himself in his castle at the Rendarak (Rhone in the NES version) region. Upon being defeated, Hargon offers his own life as sacrifice to Malroth, which is finally resurrected as Hargon dies.

In Dragon Quest Monsters Joker 2, can be obtained by synthesizing a Dierantula and a Dhuran.

Taking place after the events of Dragon Quest II, Hargon's Illusory World that he created to trick the Scions of Edrick was separated from Torland instead of being dispelled. Now a ghost, Hargon was surprised that the Illusory World still existed after his demise. Wanting revenge on the Scions of Edrick and Torland, Hargon began his plan to resurrect Malroth in the Illusory World without being noticed. In order to succeed in bringing the Master of Destruction back to life, Hargon brought both Malroth, now as an amnesiac humanoid and the Builder into the Illusion, intending to strengthen Malroth's desire of destruction by letting the Builders built.

Hargon's soul, now residing in Malroth's body, would frequently speak with Malroth in his head, manipulating Malroth into following the paths of destruction. Eventually, as the Builder continues to build and create things, Malroth's power swell to the point that he could no longer control himself. He then revealed himself to the habitants of the Isle of Awakening, telling them that they and the entire world itself are nothing but illusions. The Hairy Hermit then showed up to attack Hargon, only to be seemingly killed easily. Hargon later would brought Malroth into illusions, tricking Malroth into believing that he killed his friends and the Builder, finally causing Malroth to break down and lead to his desire of destruction taking over his mind. With the Master of Destruction's returns, Hargon brought Malroth to Malhalla, the "promised land" of the monsters, as he watches Malroth destroy Malhalla piece by piece. 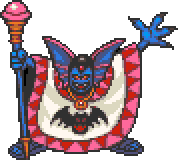 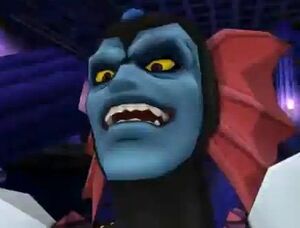 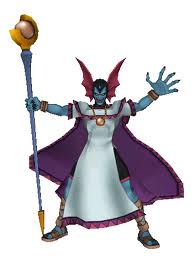 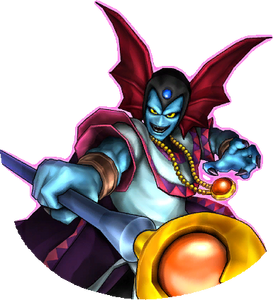 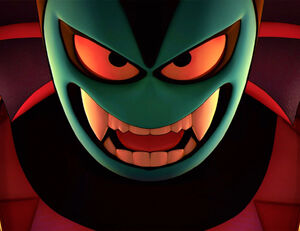 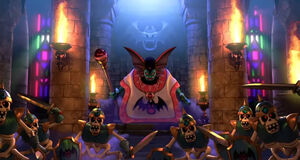 Hargon in the trailers for Dragon Quest Builders 2. 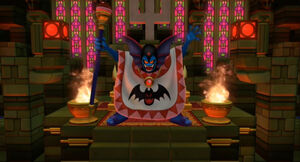