Harjit Singh, also referred to as the "Commander", is a major antagonist of the Dead Rising series.

He is the secondary antagonist and final boss of "Dead Rising 2: Cast West" and the comic miniseries "Dead Rising: Road to Fortune".

He is the head of security at the Phenotrans Facility and as Marian Mallon's personal bodyguard and was responsible for the Las Vegas and Still Creek outbreaks.

He was voiced by Haroon Khan.

At the Phenotrans Facility, Singh catches an employee, Dr. Curnow, trying to leak documents to the reporter Rebecca Chang. Singh brutally beats Curnow and drags him to Marian's office. Curnow forces himself to apologize to Marian, but Singh kills him by snapping his neck.

Later, Singh leads unmarked Phenotrans vans in Still Creek. He meets with a Special Forces soldier and confirms him containing the bees are sealed and secure, packed, and ready to be released in Las Vegas. He also tells the soldier to avoid driving fast to getting police attention. Before leaving, Singh throws a bee canister out the window, shattering the canister, releasing the bees, and heading to Las Vegas.

Singh and his agents arrive at the Las Vegas 250, each carrying a canister of bees, which they released as the race starts. He is seen exiting the arena before triggering the start of what will become known as the Las Vegas Outbreak.

He is last seen back at the Phenotrans facility with Marian in her office after the Las Vegas Outbreak.

Just as Isabela Keyes shoots a guard from behind, attempting to free Frank and Chuck, Singh, who stands 6 or 7 foot tall appears, armed with two Impact Hammers. He smacks Isabela, sending her flying and rendering her unconscious. A guard carries her to Marian as Singh proceeds to eliminate Chuck and Frank.

However, after a battle against Singh and other security forces, he is defeated and tumbles against a glass tube containing hyped queens. As he tries to lean against the glass tube, he accidentally breaks it with his impact hammer and falls inside. He is killed as the queens repeatedly sting him, both externally and internally as some queens have flown into his mouth. 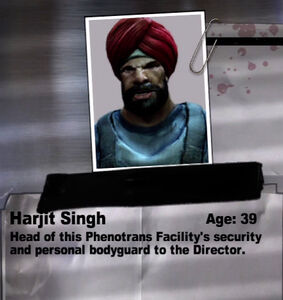 Singh in the notebook. 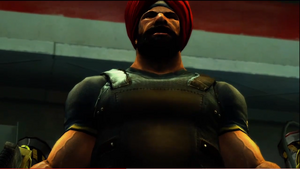 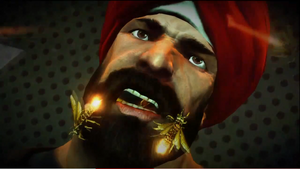 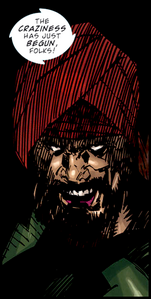 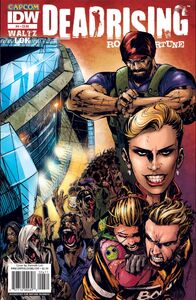 Singh on the fourth and final issue of Dead Rising: Road to Fortune. 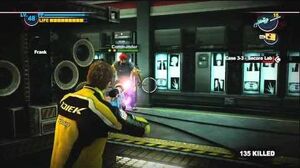 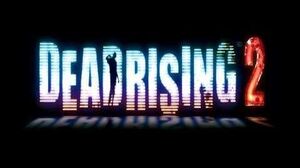