Get away with Tony Webb's murder (failed)

Kidnapping
Murder
Lying to the police

Harold Knight was a professional golfer who was jealous of his rival, the golfing legend Tony Webb, for being the number one golfer on the circuit. Although Tony was a womanizer whose ways were soon to be exposed and his reputation ruined as a result, this was not enough for Harold as he believed that Tony would still come back to take his place as number one eventually, so he decided to murder Tony to ensure he would always be number one. He called Tony to play a round of golf with him and rode with him to the golf course in Tony's own golf cart, and once there, he knocked Tony unconscious by hitting him on the head with Tony's own golf club, and then proceeded to tie up his arms and legs and bury him at the 5th hole, where he kept screaming throughout the entire night. The next morning, Harold returned to the course and finished Tony off by playing the 5th hole, which caused the golf ball to get lodged in Tony's throat and choke him to death.

Harold become a suspect in Tony's murder right at the start of the investigation when the player character and his partner Inspector Jones saw him on the crime scene after finding Tony's body. When interrogated, Harold claimed that golfers like him and the victim never had any enemies, as the golfing community considered each other to be one big family, and then instructed the team to go investigate the local spa that the victim had frequented.

When Jones and the player found a golf magazine which stated that Harold and Tony would be opponents in a match, they interrogated Harold again about his rivalry with Tony, to which Harold claimed that the rivalry between them was more akin to a sibling rivalry rather than anything serious, as the golf players of Maple Heights considered each other family. While Harold felt that Tony was a superior player compared to himself, he claimed that he would never earn a championship through underhanded means.

Regardless, Jones and the player eventually found all evidence to point to Harold as Tony's killer, and when he explained his motives to them before his arrest, Jones told him that golf was not a matter of life and death, Harold countered that killing Tony was the only way for him to become number one.

When Harold was taken to court to be judged for his crime. Judge Hall then sentenced him to 25 years in prison with a chance for parole in 15 years for the murder. 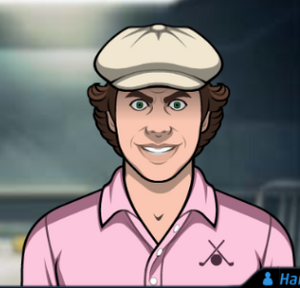 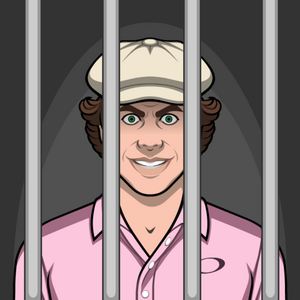 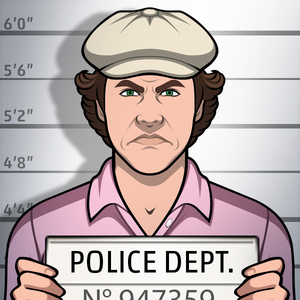